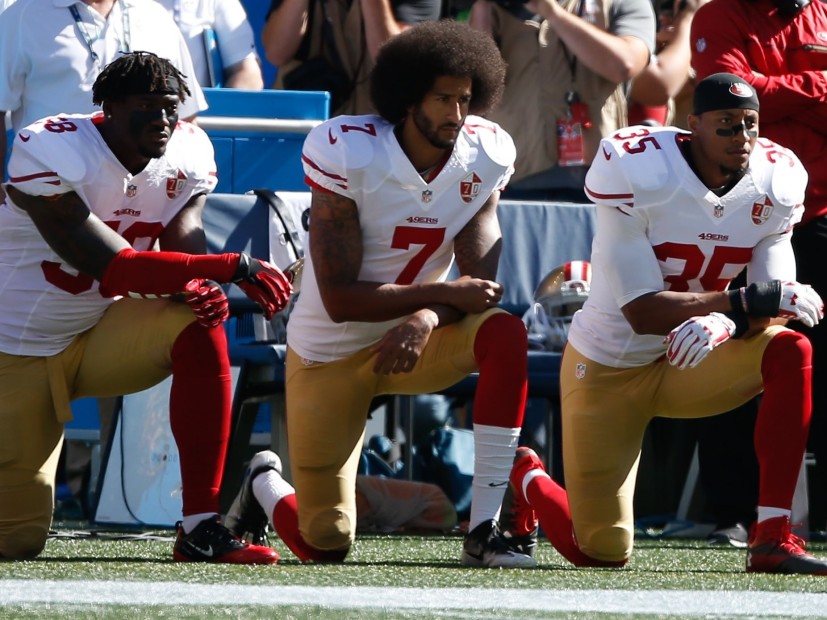 EA Sports has officially added Colin Kaepernick’s name back to the Madden 19 video game soundtrack. The former San Francisco 49er and activist had a mention in YG’s track “Big Bank,” one of the songs used in the game.

But on early copies of the game, Kaepernick’s name was curiously missing. Big Sean, who appears on the song alongside 2 Chainz, YG and Nicki Minaj, called out the NFL and EA Sports on Twitter.

On August 2, EA Sports Madden NFL issued a statement via Twitter, calling it an “unfortunate mistake” and admitting they “messed up.” It appears they’ve made good on their promise to fix the “edit.”

Jean Clervier, who originally tweeted about the “Big Bank” edit, shared an Instagram video to his account on Monday (August 6) once again criticizing EA Sports’ move.

“It only took my tweet, over 2 million views on social media, pressure from @yg @bigsean #blacktwitter and every major news outlet for you guys to fix something that should’ve never been done @EAMaddenNFL,” he wrote.

it only took my tweet, over 2 million views on social media, pressure from @yg @bigsean #blacktwitter and every major news outlet for you guys to fix something that should’ve never been done @EAMaddenNFL ??‍♂️ — ✊? @Kaepernick7 @nessnitty #colinkaepernick #jeanclervil #madden19

[This article has been updated. The original version was published on August 4, 2018 and can be found below.]

The song is included on the Madden 19 soundtrack and finds Big Sean spitting, “Feed me to the wolves/Now I lead the pack and shit/You boys all cap, I’m more Colin Kaepernick.”

The problem? The line about Kaepernick was cut from the track used on the EA Sports video game soundtrack. Sean Don, YG and the former San Francisco 49er all took notice of the edit on social media. Now, YG has reportedly gotten an apology from EA Sports CEO Andrew Wilson.

“The CEO just called me like three hours ago,” he told TMZ. “We had a conversation on the phone. They was apologizing. They said they was going to do more to call everybody and apologize and all that. That wasn’t purposely done is what they say. But I’m a fan of the NFL, NBA and all that, so we just gotta make it right.

“I’m not boycotting Madden on blood. I got it in my car right now. I’m about to go play that shit. They put bro’s name back in the song on the game, so it’s all good. Shout out to the homie Colin Kaepernick. That’s my boy. That’s my dawg, so we had to be let it known that this shit ain’t street.”

Big Sean called out EA Sports and the NFL via Twitter on Thursday (August 2), referring to the edit as “disappointing and appalling.”

It’s disappointing and appalling @NFL & @EA took @Kaepernick7’s name out of my verse on Big Bank for Madden 19, like it was a curse word. When he's not a curse, he's a gift! Nobody from my team approved any of this.

Kaepernick thanked Big Sean for the support and YG was adamant he had no idea the edit was being made. EA Sports issued a public apology and promised to put the line back in by Monday (August 6).

Much love brother! Thank you for having my back!✊? https://t.co/yKz3nBMiPb