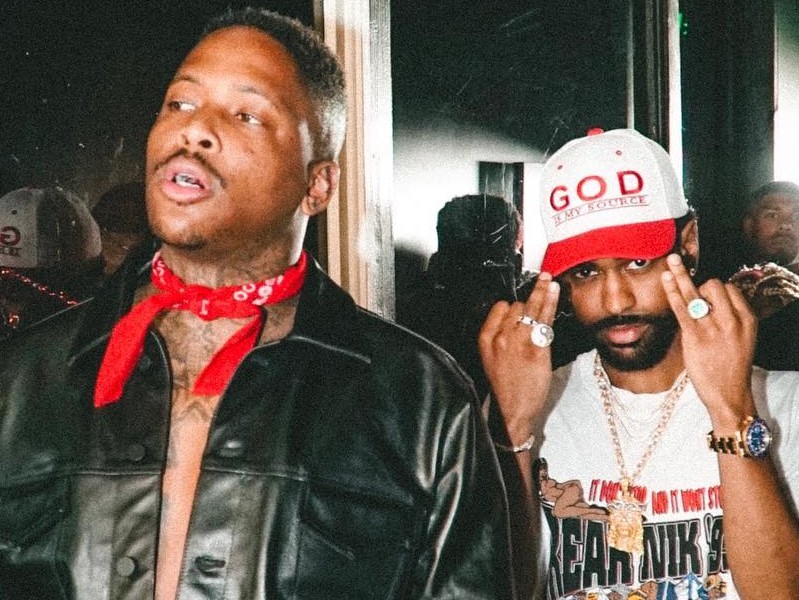 On YG’s major label-circulated “Big Bank” single, Big Sean lobbed up one of his trusty metaphors with the line, “Feed me to the wolves/Now I lead the pack and shit/You boys all cap, I’m more Colin Kaepernick.”

Apparently, the cadre who put together the Madden 19 soundtrack felt the impact made by the former San Francisco 49ers quarterback shouldn’t be facilitated in song and they edited out his name.

And Big Sean took to Twitter to let the NFL and EA Sports know he didn’t approve. Damn the bag.

“It’s disappointing and appalling @NFL & @EA took @Kaepernick7’s name out of my verse on Big Bank for Madden 19, like it was a curse word. When he’s not a curse, he’s a gift! Nobody from my team approved any of this,” Sean wrote.

It’s disappointing and appalling @NFL & @EA took @Kaepernick7’s name out of my verse on Big Bank for Madden 19, like it was a curse word. When he's not a curse, he's a gift! Nobody from my team approved any of this.

Much love brother! Thank you for having my back!✊? https://t.co/yKz3nBMiPb

Seeing that “Big Bank” is YG’s song and the Bompton mayor has already risked bigger scrutiny for yelling “Fuck Donald Trump” on his 2016 single of the same name, he also was none too pleased with EA Sports bowing to the whims of the NFL.

According to TMZ, YG and his team were furiously “blindsided” by the edit and he fully supports Kaep whether he’s standing tall or kneeling for injustice.

Although the NFL hasn’t explicitly gone out and confirmed it, countless sports pundits have all gone to state Kaepernick has been blackballed by all 32 NFL teams, due to the emotions his National Anthem boycott has inflicted on the league’s robust conservative fanbase.

In November 2017, he filed a collusion grievance against the NFL.

On a related note, controversial Dallas Cowboys owner Jerry Jones recently stated that he wants all the players to stand for the anthem, while also calling Donald Trump’s interest on the matter “problematic.”

UPDATE: EA Sports has responded to the controversy, calling the editing of Kaepernick’s name a “mistake” that will be corrected in a future update of Madden 19.

Read the company’s full statement below.

JUST IN: EA Sports says it didn’t mean to omit Colin Kaepernick’s name in YG’s song it licensed for use in Madden ‘19. Will add his name back in update. pic.twitter.com/ck8UhxI1fu