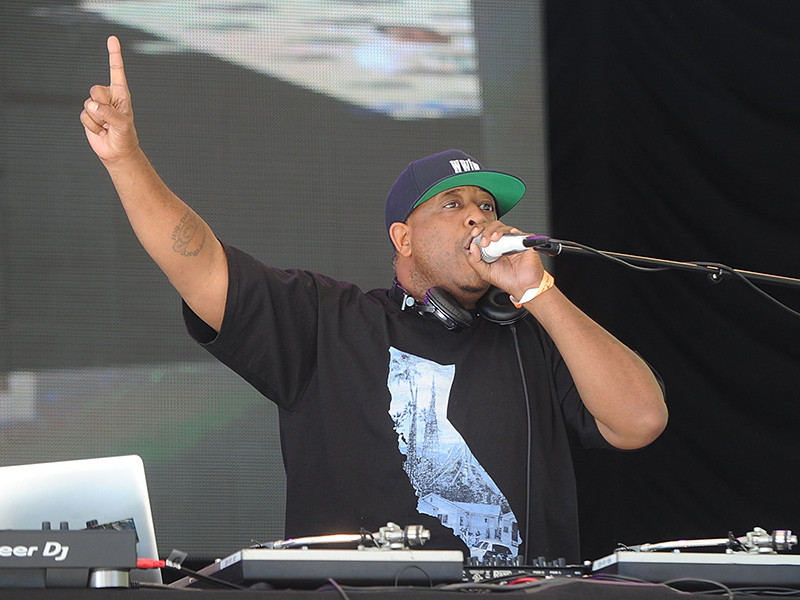 DJ Premier’s career spans 30 years working behind the boards with countless legendary Hip Hop, R&B, rock and pop artists. Now he can update his lengthy resume with another role: music supervisor for The Last O.G.

The PRhyme producer/DJ announced on his Instagram account Monday (July 30) that actor/comedian Tracy Morgan handpicked him to score the music for the upcoming season of TBS’ comedy series.

I'm scoring the 2nd Season Of "THE LAST O.G." Thanks To @realtracymorgan Reaching Out To Me Directly To Handle The Music… Panchi of @nygz Is Also A Part Of It And He's Been A Longtime Friend Of Tracy So They're Out Gettin' Love On The Streets Of NY… Tracy Rockin' The Truck Jewels '80's Style Along With His 4 Finger Ring and Rockin' The NYGz Cap AVAILABLE AT PremierWuzHere.com NOT THE JEWELS ???

In the caption of an Instagram clip, Preemo thanked Morgan for appointing him to provide the soundtrack for the second season of the show. He states, “I’m scoring the 2nd season of ‘The Last O.G.’ Thanks to @realtracymorgan reaching out to me to directly handle the music …”

The former Gang Starr member further explained how he landed his new job through his and Morgan’s mutual friend Panchi, who is one-half of veteran New York rap duo NYGz. “Panchi of @nygz is also part of it and he’s been a longtime friend of Tracy so they’re out getting love on the streets of NY…”

In April, TBS renewed the The Last O.G. for its sophomore season. The comedy series stars Morgan as an ex-convict who returns home to Brooklyn after serving a 15-year prison sentence, adjusting to new life in his gentrified neighborhood. Tiffany Haddish co-stars as his ex-girlfriend.

Morgan executive produces the series for Monkeypaw Productions with co-creator Jordan Peele, writer/director of the Academy Award-winning film Get Out.

Premier also scored the Hip Hop history mini-series The Breaks, which aired in January 2016 on VH1.