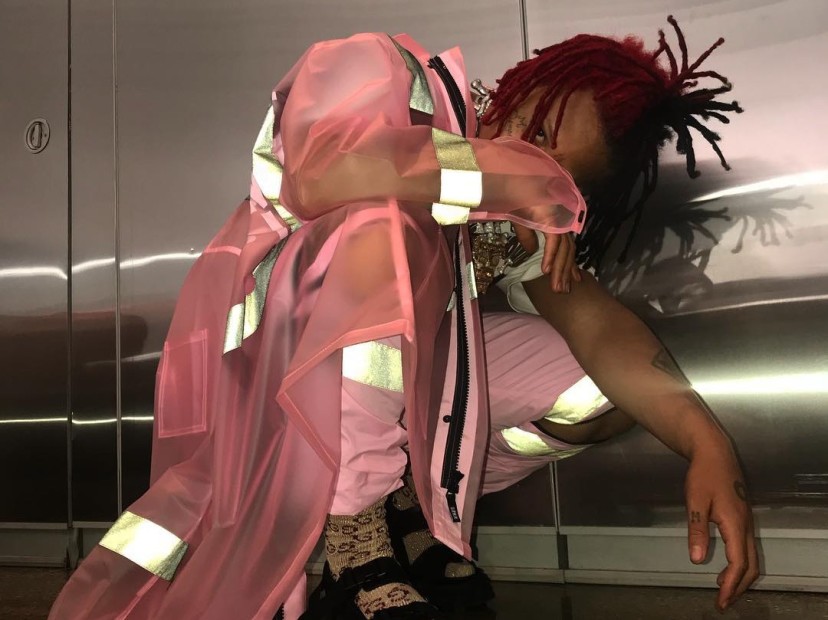 The Ohio native looks to move past his beef with Tekashi 6ix9ine and get the focus back on his music. Redd’s debut effort includes 14 tracks with features from Young Thug, Travis Scott, Reese LaFlare and Diplo.

[This post has been updated. The following was originally published on August 6, 2018.]

Trippie Redd has unveiled the tracklist for his debut album Life’s A Trip, which is scheduled to drop on Friday (August 10).

Check out Redd’s Life’s A Trip tracklist below.

Trippie Redd has confirmed the release date for his Life’s A Trip album. The Ohio-bred artist revealed the LP’s cover art in an Instagram on Tuesday (July 31) and announced it would drop on August 10.

Life’s A Trip will be Redd’s first studio album. The debut LP follows two solo mixtapes and a myriad of EPs released over the course of 2017.

[This post has been updated. The following was originally published on July 30, 2018.]

A few days after Trippie Redd announced his Life’s A Trip album had been pushed back to August, the rapper has hinted at an actual release date of August 10.

Over the weekend, Trippie updated his Instagram bio to say, “LIFES A TRIP. *ALBUM MODE* LEAVE ME ALONE UNLESS YOU ARE A POSITIVE SOUL. August 10th.”

“ LIFES A TRIP. *ALBUM MODE* LEAVE ME ALONE UNLESS YOU ARE A POSITIVE SOUL. August 10th ? “ Trippie has a new bio! ? What could August 10th stand for ? Could it be the release date of something big? ? We’ll find out soon enough! #lifesatrip #trippieredd

Trippie had initially told fans the album would be dropping in July and that it would be a two-part project. So far, there hasn’t been any recent update on the length of the album or an official tracklist.

But there’s another high-profile guest appearance Trippie entertained in a recent conversation with TMZ. After hearing a clip of LeBron James rapping, he said, “I would put LeBron on a track. His voice is nice. I feel like if I gave him what I wanted him to say on a track, it would go smoothly. Like a intro or just like chant something and then go into my part. I think that shit would be fire.”