Review: Trippie Redd’s “A Love Letter To You 2” Beams With Potential & Inadequacy 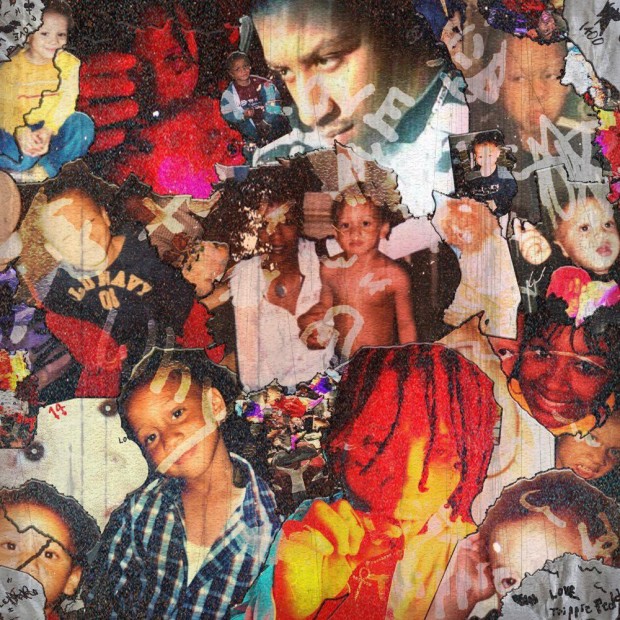 Successful rappers making the transition from SoundCloud’s saturated pool of aspiring superstars can normally attribute their mainstream transitions to a strong social media following. And, a bit of algorithmic luck. Quality arguments aside, the streaming service can be attributed to the rise of Hip Hop’s current controversial crop of so-called “mumble rappers” ranging from Lil Uzi Vert, XXXTENTACION, Ugly God and a long list of others. Using the platform to release his full length A Love Letter To You nearly two years between posting his first track and several EPs, Ohio native Trippie Redd faces the same career crossroads as his contemporary peers relying heavily on the service.

Like other rappers in this vein, one’s mileage and thoughts on this particular body of work will vary depending on one’s creative expectations of the highly debated subgenre. Those who sit somewhere between curiosity and dismissal may not find the Strainge (definitely not to be confused with Tech N9ne indie juggernaut Strange Music) Entertainment artist’s latest release a little bland despite some moments that could set the stage for a promising post-SoundCloud career with some future fine-tuning.

Any mumble rapper worth their weight in gold understands the importance of melodic capability and its relation in emoting vibes. Redd does a solid enough job handling those duties throughout A Love Letter To You 2’s 14-track duration. When it’s time for a drug-induced, turn-up, opening track “Bust Down” is sure to excite those looking for loud rock like yelps on top of a Zaytoven-ish piano chords and standard 808 drum patterns by Goose the Guru. Redd glides across the instrumental and provides a catchy hook as to mask something that another artist of his type would sleep through. The same could be said midway through on the Chris King, Cydnee with a C’s assistance on “Back of My Mind” and materialistic brag-a-thon “Overweight.”

When slower emo-raps on tracks such as “Feel Good” and subsequential track “In Too Deep,” he’s just as capable. There are even introspective moments when Redd rhymes in a more traditionalist structure on “Hellboy” where he spits: “Who knew us kid, I think I came from under a rock / Was out on the block, my cousin had that shit in his sock / He movin’ the work, your bitch all over my cock / I put dick in her mouth, like the whole mother of bombs / And I ain’t talkin’ Donald Trump, but I’ll take Donald out the trunk / And let Donald’s ass bust if you keep talkin’ down on gang / I just pulled up in a Lamb, cuzzo pulled up in a Range / And we reloadin’ them sticks lil’ nigga, we release them things, ayy.”

Though his particular skill set is adequate, A Love Letter To You 2 doesn’t display standout qualities, either. His melodic vocals aren’t nearly as deceptively polished as Uzi Vert or Young Thug, his delivery lacks the weirdo bubblegum trap flair of Lil Yachty and he never gets as openly traumatic as close associate XXXTENTACION.

A Love Letter To You 2’s mild feel extends to the production that won’t turn impress fans of the subgenre, let alone those put off by default. At times, self-serving tracks like “Overdose On L1fe,” “Whoa Whoa Whoa” and “I Know How To Self Destruct” sound more like chaotic snorefest at best.

There’s no doubt Redd is heading in a noteworthy direction thanks to social media antics, diehard fans and consistent output. Regardless, the question that remains is whether or not he can sustain that for the long haul. One definitive answer found in A Love Letter To You 2 is while Redd has ways to go before he’ll convince naysayers, he’ll at least maintain creative licenses that’ll satisfy his core base.