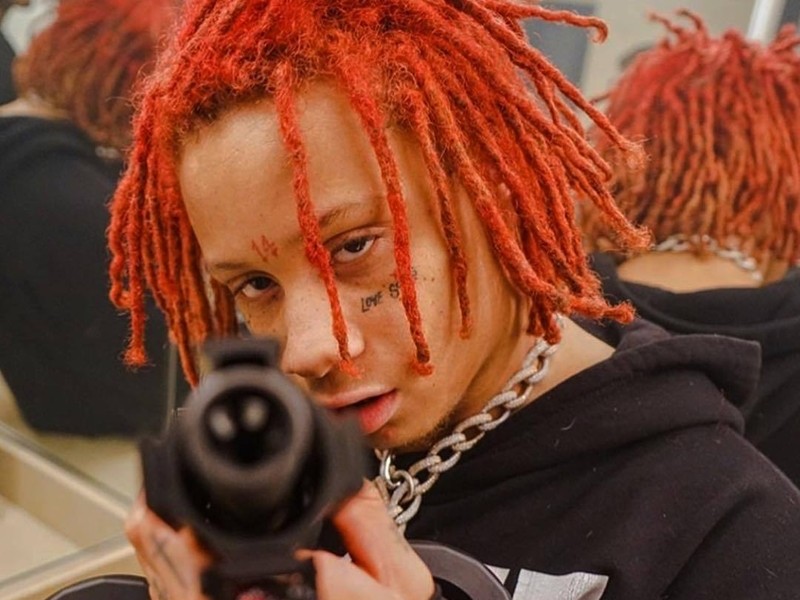 Trippie Redd On Tekashi 6ix9ine: "He Wouldn't Be Shit Without Me"

The beef between Trippie Redd and Tekashi 6ix9ine has been reignited, this time playing out on Instagram. It all started when 6ix9ine proclaimed his role in bringing New York back to the limelight in Hip Hop, which prompted Redd to leave a comment about being the man who made the “GUMMO” rapper.

“He should pay homage cause he wouldn’t be shit without me,” Redd wrote. “I set the beef shit aside but I gave dude a name and he should be happy and showing me mad love cause without Trippie Redd he wouldn’t have no Billboard hits or nun that BS.”

#trippieredd leaves drunk comment on #tekashi69 . Is he speaking FAXXX or FICTION??

6ix9ine fired back by claiming no one made his career and rattled off a list of his accomplishments.

“Don’t let nobody tell you they made you,” he said “You don’t got the power to make somebody if you can’t make yourself.”

#tekashi69 ain’t going for no one claiming they made him. Is he speaking FAXXX or FICTION

Redd responded to his “Poles1469” collaborator in a series of since-deleted posts claiming responsibility for 6ix9ine’s rise in rap and explaining how things would be different if he wasn’t involved.

“You capping like you did everything yourself, nigga, I helped you,” he said. “If I would have never given you the light of day, you wouldn’t be nobody right now. You’d be in Brooklyn, broke as fuck, working at the deli again.”

The “Love Scars” artist then detailed how he specifically aided 6ix9ine, noting the two recorded some songs together that brought 6ix9ine to the attention of Redd’s label — Elliot Grainge’s TenThousand Projects — who signed the rainbow color-haired rapper. He also mentioned receiving a finder’s fee for his role in the signing.

“I still eat off that to this day, my nigga,” he proclaimed. “I get a finder’s fee. When you find somebody, some talent, and you bring it to a label, there’s this thing called a finder’s fee. And you get that. I’ma get that [in] August, baby.”

#trippieredd sets the record clear on how #tekashi69 got to be in his position today. Is he speaking FAXXXX or FICTION?

6ix9ine continued to claim Redd has no platinum records and taunted him. He specifically challenged Redd to share the paperwork that gets him paid off 6ix9ine’s music.

“Show the world the paperwork where you get paid off everything I do,” he said. “You’ll hand me an ‘L’ by showing the world that shit.

Damn…. why #tekashi69 go in like this. Is he speaking FAXXX or FICTION??

Redd retorted with boasts about making 10 percent from each of 6ix9ine’s hits and refused to show paperwork for a specific reason.

“All them Billboard hits you’re talking about, I get paid for it,” he said. “I get 10 percent and I will never show anybody no fucking paperwork because that’s a breach of contract. Do I look dumb, nigga?”

#trippieredd says he got 10% of all of #tekashi69 billboard hits revenue ?

He also refuted 6ix9ine’s notion of him having no hits — four of his songs have been certified gold by the RIAA — and asked why all the DAY69 artist’s friends left his side. 6ix9ine responded in the comments of the post.

“He named all ft’d SONGS,” he wrote with laughing emojis. “no platinum songs and he didn’t post the paperwork because it’s BIG CAP and didn’t mention nothing bout his girl.”

#tekashi69 counters #trippieredd responds video with a comment. Who is leading going into the 5th round?? What the comment section judges got this bout scored as?????