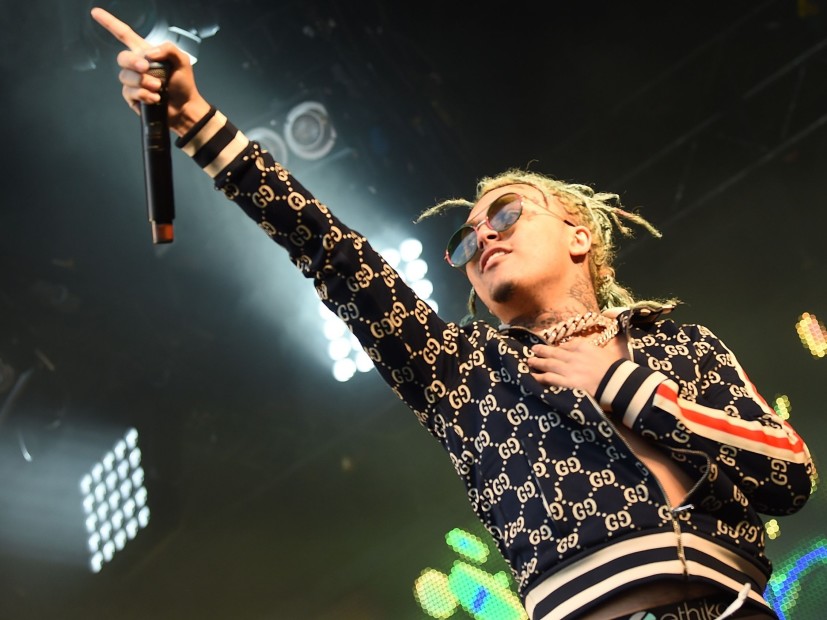 Miami, FL – Lil Pump and Smokepurpp were performing at the Lit Up Music Festival in Miami over the weekend when they brought out a special guest.

As they began to play XXXTENTACION’s “SAD!” over the speakers, Cleopatra Bernard — the slain rapper’s mother — entered the stage with her arms in an ‘X’ formation.

The crowd cheered while the song continued to play.

At the end of the tribute, Smokepurpp says, “Rest in peace X. We love you, man.”

X was killed on June 18 outside of RIVA Motorsports in Deerfield, Florida during an alleged robbery. Three suspects are currently in custody, including Dedrick Williams, Robert Allen and Michael Boatwright.

Allen was apprehended by U.S. Marshals in Eastman, Georgia last week. A fourth suspect, Trayvon Newsome, remains at large. All four were indicted by a grand jury on charges of first-degree murder with a firearm and armed robbery with a firearm earlier this month.