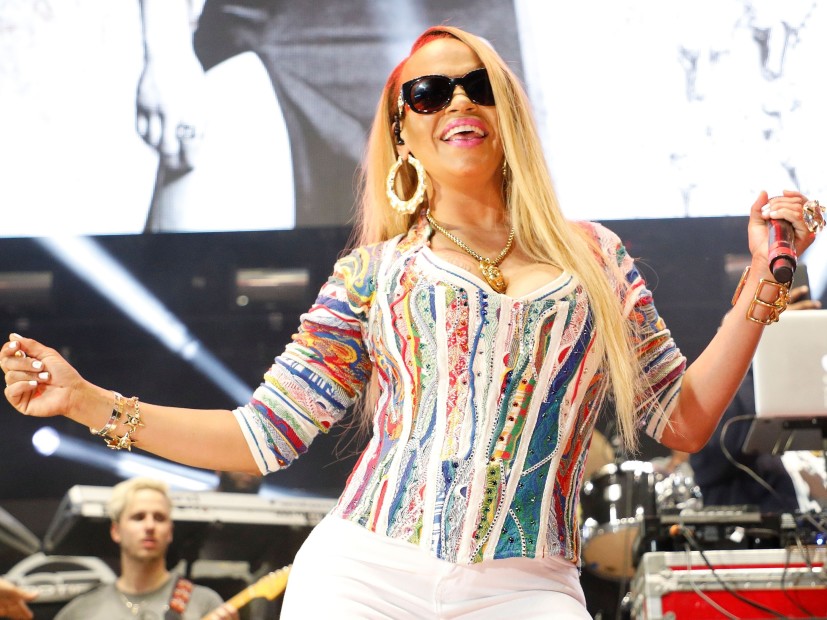 Love is apparently in the air for Faith Evans and Stevie J. Shortly after tying the knot in a Las Vegas ceremony earlier this week, Evans shared a couple of photos to her Twitter account flaunting their affection for each other.

“#lovewins,” she wrote in the caption.

The photos follow backlash from friends and family, who were reportedly blindsided by the nuptials. According to TMZ, family members on both sides were unaware marriage was even on the table. Evans was expected to be in Los Angeles preparing for a trip to London, while Stevie had just been in Atlanta filming Love & Hip Hop.

Evans’ son with Biggie, CJ Wallace, is reportedly upset he wasn’t told about the wedding because he’s also Stevie’s godson. Stevie, of course, had produced multiple records for The Notorious B.I.G. before the Brooklyn Hip Hop legend’s 1997 passing.

[This article has been updated. The original version was published on July 18, 2018 and can be found below.]

Faith Evans and Stevie J are reportedly married. According to TMZ, the couple tied the knot in their Las Vegas hotel room on Tuesday night (July 17).

Legal documents reportedly show Evans and the No Way Out producer filed for a marriage license in Clark County earlier that day.

The pair broke up last year but evidently mended their relationship. The two flaunted their love for one another on Twitter on their wedding day.

“I love you Faith Renee Jordan,” Stevie tweeted. “I love you back Steven Aaron Jordan.”

I love you Faith Renee Jordan

I love you back Steven Aaron Jordan

This marks the third marriage for Evans, who was previously married to The Notorious B.I.G. and record executive Todd Russaw. She and Russaw divorced in 2011.

On the music front, Evans released her duet album with the late Biggie, The King & I, last May. Most recently, Evans and her new reality TV star husband released a clip for her upcoming video, “A Minute.”