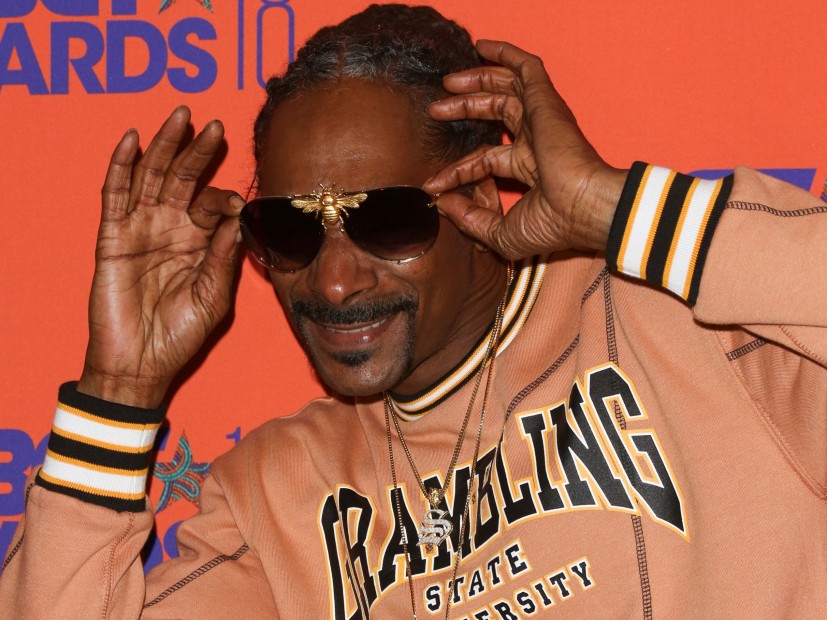 Celina Powell, the woman who recently admitted to lying about carrying Offset’s baby, is at it again. This time, she’s bringing Snoop Dogg with her.

Over the weekend, the Instagram personality — also known as “The Black Widow” —  claimed she hooked up with the West Coast gangsta rap legend while listening to his gospel album, Bible Of Love.

“We fucked to his gospel album,” she tweeted.

We fucked to his gospel album https://t.co/cFTSQVCGrn

Powell also shared video footage of the long-married Snoop allegedly FaceTiming her and an alleged conversation the two had. During the exchange, they both share photos of themselves half-dressed [click through for the video].

Once again Mr. Mush mouth, holier than thou I'm married to a black kween, has been caught cheating on his so called queen once again ? Of all the people he choose to cheat with He choose “insta-thot” celina Powell smh at this foolishness…. and he paid her 2 racks??☕ #snoopdogg #CelinaPowell

It’s funny though. Snoop Dogg is always telling Kanye West that he needs a black woman but this is what he does to his black queen? By cheating on her with Celina Powell lol pic.twitter.com/rwBwHFEnrk

It’s something Powell is evidently proud of, as she continually bragged about it on her Twitter account.

Shortly after Powell’s “receipts” started to make the rounds online, Snoop released a video talking about a new show called Clout Chasers, which he calls “real relevant and real hood.” So, it’s not out of the realm of possibilities that this is nothing more than a publicity stunt.

“Be on the look out for my new, new TV show,” he says. “This is a good one. It’s called Clout Chasers. First episode, next week. Be sure to check it out.”

#PressPlay : #SnoopDogg just announced he’s coming out with a show called #CloutChasers ? Could #CelinaPowell be on one of the episodes? What y’all think?

This is one of multiple claims Powell has made involving prolific rappers. In addition to Offset, Powell claimed Chief Keef and Fetty Wap got her pregnant, while Wacka Flocka Flame had to get a restraining order against the 22-year-old. [apple_news_ad type=”any”]