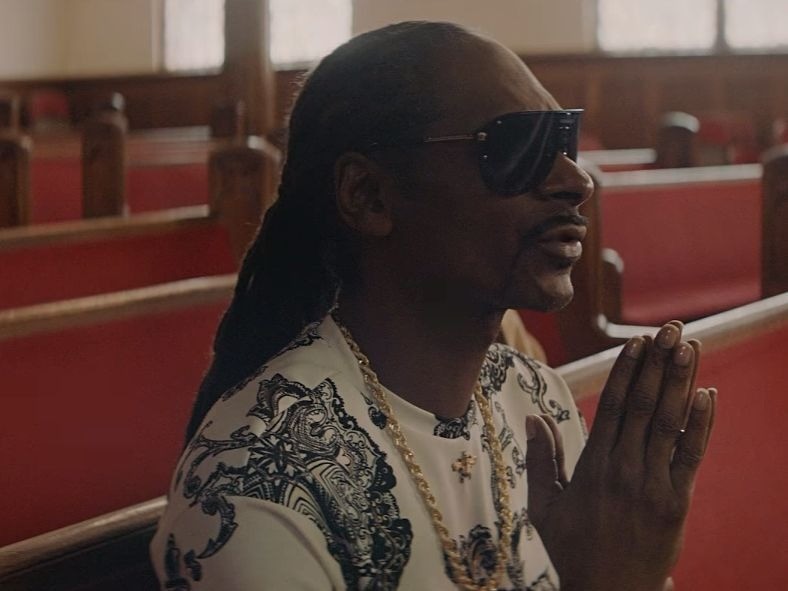 After teasing a gospel album last May, Snoop Dogg has delivered his godly effort, Bible Of Love.

It’s a hard left from The Doggfather’s latest offerings — Make American Crip Again and the 220 EP — which were a return to Snoop’s gangsta rap roots.

Check out the Bible of Love album stream, cover art and tracklist below.

(The original version of this article was published on February 3, 2018 and can be found below.)

Snoop Dogg said this would happen. During an interview with Beats 1 Radio last May, the O.G. Long Beach rapper revealed he was working on a gospel album and now, we have a release date and title. According to iTunes, Bible of Love, Snoop’s 32-track double album will arrive on March 16.

To mark the occasion, the D-O-Double-G has unveiled the seven-minute album closer, “Words Are Few” featuring B. Slade, and an accompanying visual.

On Thursday (February 1), Snoop made an appearance at the 19th annual Super Bowl Gospel Celebration in Minnesota. While on stage, Snoop reportedly touched on the album and explained, “The record’s all about love from start to finish. That’s the way you change the world, by putting love in it.”

Snoop has reinvented himself a few times over the years. In 2013, he adopted the persona Snoop Lion and dropped a reggae album called Reincarnated. Most recently, he went back to his gangsta rap roots for Make America Crip Again, which he delivered last October.

Check out the “Words Are Few” video above.