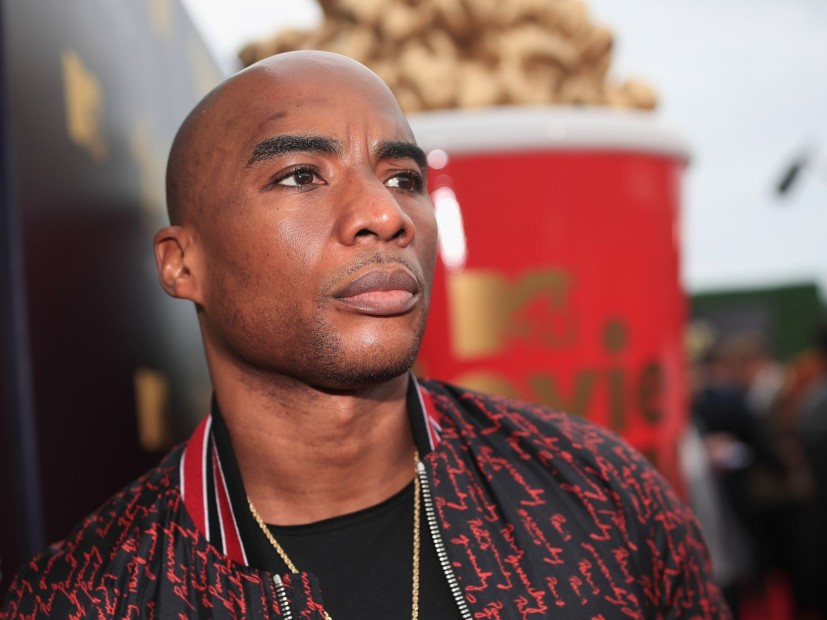 Charleston, SC – A petition was started earlier this month asking for Charlamagne Tha God to be fired from iHeartRadio due to a 2001 alleged sexual assault.

But according to documents obtained by The Blast, The Breakfast Club host’s DNA wasn’t found in accuser Jessica Reid’s rape kit. The reports reveal there was no evidence of any semen found inside the alleged victim from an oral, vaginal and rectal swab.

Materials tested from underneath Reid’s fingernails were also analyzed and determined to contain “nothing of apparent serological evidentiary value.”

Reid was 15 years old at the time of the alleged assault. Charlamagne went to the police in an attempt to clear his name of any wrongdoing. He ultimately pleaded guilty to contributing to the delinquency of a minor for having alcohol at a party where the alleged incident took place.

He was sentenced to three years of probation, but the charge of sexual assault was dropped.

Reid, now 32, is attempting to take the case to the South Carolina Supreme Court.

Earlier this week, Charlamagne addressed the situation on an episode of The Breakfast Club. He maintains his innocence.

The woman accusing Charlamagne Tha God (real name Lenard Larry McKelvey) of sexually assaulting her when she was 15-years-old has reportedly taken the case to the South Carolina Supreme Court.

According to The Blast, Jessica Reid is taking her complaints to the court’s disciplinary counsel and accusing the prosecution of improperly handling the criminal case. On Friday (July 20), Reid reportedly sent a letter to John S. Nichols, a deputy for the Supreme Court Office of Disciplinary Counsel in South Carolina.

In the letter, Reid wrote, “I am filing a claim against the prosecution because they failed to defend and promote justice. They did not even try to hold him responsible for Raping me. Instead, the State allowed McKelvey to pled guilty to Contributing to the Delinquency of a Minor and agreed to dismiss the remaining charge which was Rape.”

She went on today she’s “filing a claim for negligence and misconduct of this case due to the prosecutions behavior to not defend the victim and allow justice to be served.”

The Blast also reports sources close to Reid says she’s requested the DNA samples Charlamagne provided during the initial investigation, claiming her family was never informed of the results. The family is reportedly hoping the information in the samples could help their case.

The iHeartRadio personality was accused of the alleged assault in 2001, something he adamantly denies.

He pleaded guilty to contributing to the delinquency of a minor for having alcohol at a party where the alleged incident took place. Consequently, he was sentenced to three years of probation, but the charge of sexual assault was dropped.

South Carolina has no statute of limitations on prosecution for criminal sexual conduct with a minor.

A Care2 petition started circulating earlier this month, calling for The Breakfast Club host to get fired. It has received over 18,000 signatures at the time of publishing. It refers to Charlamagne as a “pedophile” and calls for his prosecution.

[This article has been updated. The original version was published on July 12, 2018 and can be found below.]

Charlamagne Tha God has lawyered up after a 2001 sexual assault case was brought back to light. On Wednesday (July 11), a petition was launched calling for his termination from The Breakfast Club, but the iHeartRadio host adamantly denies any misconduct.

TMZ spoke to Charlamagne’s attorney Marty Singer who explained, “More than seventeen years ago, Charlamagne was accused of a sexual assault. He never had sexual relations or any physical contact with the accuser and even provided DNA to prove it. At the time of these claims, Charlamagne cooperated fully with authorities, and after the investigation, this charge against him was dropped.

“Charlamagne has spoken about this many times over the years in public, including in his book. While Charlamagne has empathy for all sexual assault victims, he cannot take responsibility for a crime he did not commit.”

According to legal docs obtained by The Blast, a then 22-year-old Charlamagne was accused of “willfully, unlawfully, and feloniously engage in penile/vaginal intercourse with a fifteen year old female child.”

Charlamagne pleaded guilty to contributing to the delinquency of a minor for having alcohol at a party where the alleged incident took place. He was sentenced to three years of probation, but the charge of sexual assault was dropped.

Now that accuser Jessica Reid is 32, she wants the criminal case re-opened. She reportedly hasn’t “been able to get over it” and wants “closure.” Reid’s mother told The Blast she was trying to protect her teenage daughter from suffering and encouraged her not to cooperate with the prosecution.

A 2001 police report from the Berkeley County Sheriff’s Office reportedly says Reid and a friend were brought to a short-stay Naval housing facility in Charleston, South Carolina and given a liquid that tasted like soda. The friend claims she doesn’t remember much after that but woke up to Reid naked and crying, saying she’d been raped.

After being taken to a local hospital, the staff determined a sexual assault had occurred. Reid implicated Charlamagne as the alleged attacker.

Charlamagne addressed the matter previously during a 2013 interview with DJ Akademiks. He pointed to the lack of DNA evidence as proof he didn’t do it.

The Care2 petition has received roughly 7,500 signatures at the time of publishing. It refers to Charlamagne as a “pedophile” and says he should be prosecuted.

“We want to send a powerful message to all of the people who like to prey on innocent children that it’s not going to happen on our watch,” it reads. “No matter how much money or influence you have, we will not allow you to hurt our children.”

South Carolina has no statute of limitations on prosecution for criminal sexual conduct with a minor.