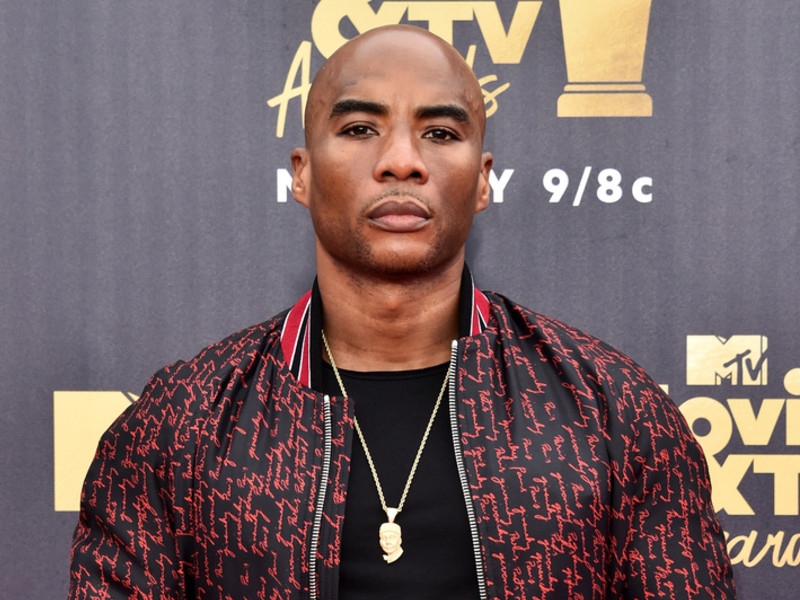 New York, NY – Charlamagne Tha God’s wife appeared on The Breakfast Club on Tuesday (July 24) to address reports about him allegedly admitting their first sexual encounter was rape. The story emerged after a clip of the radio host discussing their first time having sex resurfaced online.

Before his wife clarified the situation, Charlamagne provided some context for the audio clip from The Brilliant Idiots podcast.

“That stems from a conversation I was having on my podcast about rape culture,” he explained. “It was a lot of op-eds and think pieces last year, but I remember Teen Vogue, in particular, had a headline that said ‘Is Drunk Sex Considered Rape?’ So, my wife and I were discussing it because the first time we had sex we were super young and super, super drunk. So, I asked her did she consider that consensual sex based on the conversation that was happening online. And the audio clip they got circulating online is edited and stops at me just saying, ‘Yeah.’ But she told me, ‘Yeah I can see how people say that but that’s not what happened with us. It’s not like I said no.’

Charlamagne’s wife then joined the conversation via phone. He asked her if he raped her the first time they had sex, and she detailed her problems with how he described what happened.

“You need to learn how to tell stories,” she told him. “You shouldn’t have used the word rape first of all because the conversation we were having is about rape culture. The conversation we were having was you felt like it was OK for you to have sex with me while I was intoxicated. That’s a rape culture thing. That’s not rape. So when you asked me that question, I was hesitant to answer you because you used the word rape.”

She continued. “But I mean, that’s not what went down. Like, we both know what happened. I was not passed out. I was very coherent, like enough for me to lift up my hips so you could take my panties off. I’m sorry, that’s what happened. You know that’s what happened. And the next morning, we had sex. That’s what I’m saying, your memory’s for shit. You don’t remember anything. And first kiss that night too.”

Although Charlamange and his wife clarified this situation, the radio personality is still dealing with other rape allegations. A woman who claims he sexually assaulted her when she was a teenager is reportedly attempting to bring her case to South Carolina’s Supreme Court.

Charlamagne has adamantly denied the allegation, which he first faced 17 years ago. Sexual assault charges were brought against him but later dropped.

He pleaded guilty to contributing to the delinquency of a minor for having alcohol at a party and was sentenced to three years of probation. Charlamagne would publicly address the claim in a 2013 interview with DJ Akademiks.

The Brilliant Idiots podcast has also produced more scrutiny for Charlamange. In a 2015 episode discussing rape culture, The Breakfast Club host described an incident in which he got a woman drunk, gave her Spanish Fly and had sex with her. Although he repeatedly denied raping her, the clip’s resurfacing prompted Charlamagne to share an apology for the way he talked about the experience.