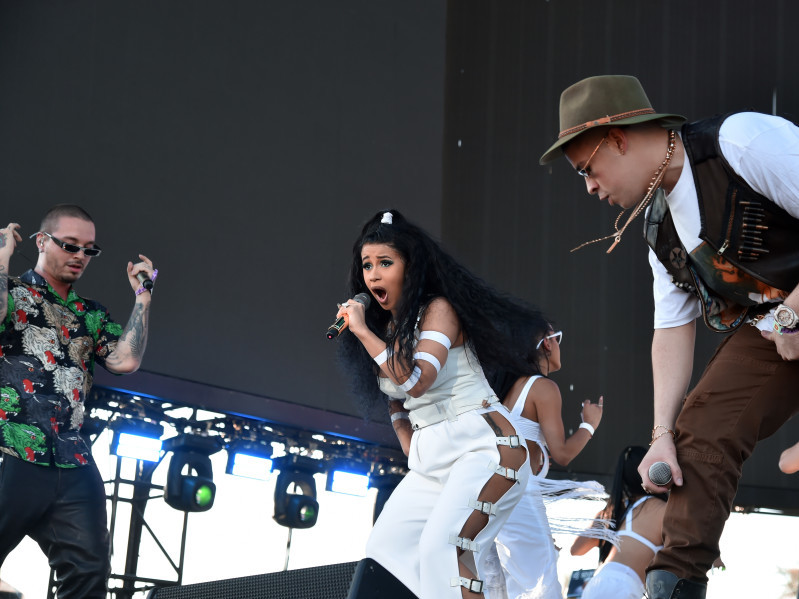 Cardi B Becomes 1st Female Rapper With 2 Billboard 100 No. 1 Hits

The mainstream dominance of Cardi B has been reaffirmed once again.

Her previous Billboard 100 chart-topper “Bodak Yellow” now has some in-house company in the wake of the J. Balvin and Bad Bunny-assisted “I Like It” eclipsing the peak of the singles mountaintop.

Looks like Cardi B's 15 minutes lasting long as hell huh? Congrats @IAMCardib for the No. 1 record in the country for "I Like It" featuring @JBalvin & @BadBunnyPR!

Her studio debut album, Invasion of Privacy, was released on April 5 and due to the success of “Bodak Yellow,” was immediately certified Gold.

To say Cardi B was elated with the “I Like It” news is an understatement, for she dedicated a sizeable amount of Instagram posts to the rare achievement. In one of the videos, she openly admits to “sleeping” on the record because her co-collaborators actually spit the bulk of their verses in Spanish.

Thank you to my entire team and to the Bardi Gang for another #1 record!!! You all work so hard and I appreciate every one of you for everything you do for my music and my business! A huge thank you to @jbalvin and @badbunnypr for being apart of this moment!! Thank you to the entire team over at Atlantic Records!! Thank you to @jwhitedidit for producing another hit!! Thank you to @brooklyn.johnny @evanlaray and Darryl!! And I can't forget to thank @iam_kingpee @qcmceo_p @coachk44!

Fair and square since ya like to discredit everything!! Had to Dm chart data myself !!!Let me be happy !Trying to bring somebody down for something they work so hard only brings YOU BAD KARMA ! 33K where ?

It should come as no surprise that “I Like That” is also No. 1 on the R&B/Hip-Hop & Rap charts.