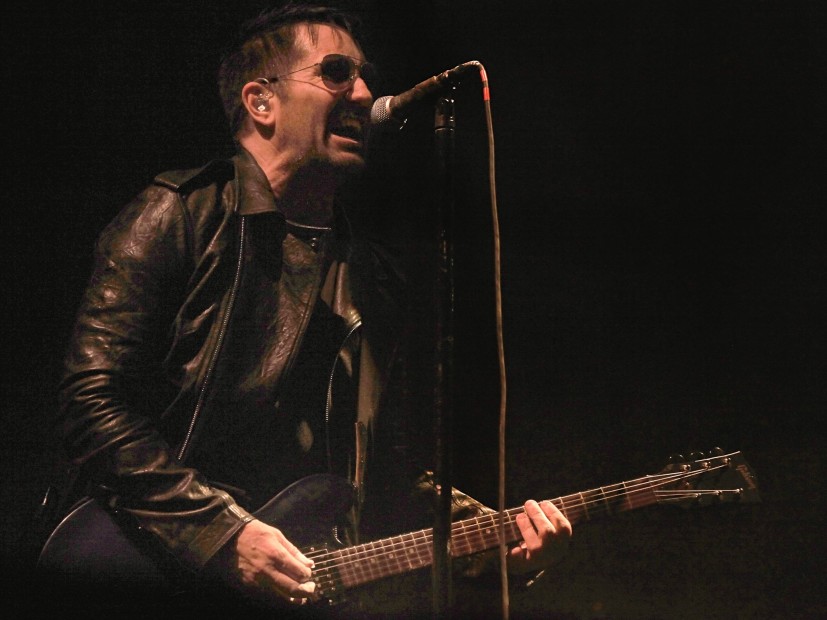 London, UK – While on tour in London recently, Nine Inch Nails frontman Trent Reznor sat down for an interview with BBC Music 6 to discuss his musical legacy.

During the conversation, the topic turned to the NIN’s immersive live shows, which use screens and various production techniques. Reznor made some accusations regarding Kanye West and The Weeknd, saying he believes both artists “ripped off ” his live show.

“I remember us watching a string of bands on Coachella from the comfort of our couch,” he recalls. “Every band has a video playing behind them and every band is sunk up with a convenient, polite lighting package, you know?

“And I saw Kanye West blatantly rip off, and The Weeknd, rip off our tours production-wise, which I’ll say without any hesitation. And they know.”

Did @kanyewest and @theweeknd "blatantly" rip off @nineinchnails' live show?

‘Ye was a surprise guest during The Weeknd’s Coachella set in 2015. For the show, he had two massive projection screens on each side of the stage and an elaborate lighting setup. As Pitchfork notes, NIN and West have both used production manager Martin Phillips in the past.

The Weeknd’s latest tour was in support of his 2016 album Starboy. In a 2017 interview with Billboard, The Weeknd’s lighting and production designers Sooner Routhier and Robert Long talked about Nine Inch Nails’ influence on the Legend Of The Fall tour look.

“We’ve always called [the Weeknd’s] aesthetic the Nine Inch Nails of R&B,” they said. “His music has so many dynamics and the visuals and lighting have to reflect that. But, it still has to be simple.” Routhier added, “I have always looked up to and respected Roy Bennett. His lighting designs for Nine Inch Nails and Prince have inspired me since I was in college.”

Compare them to a NIN show below.