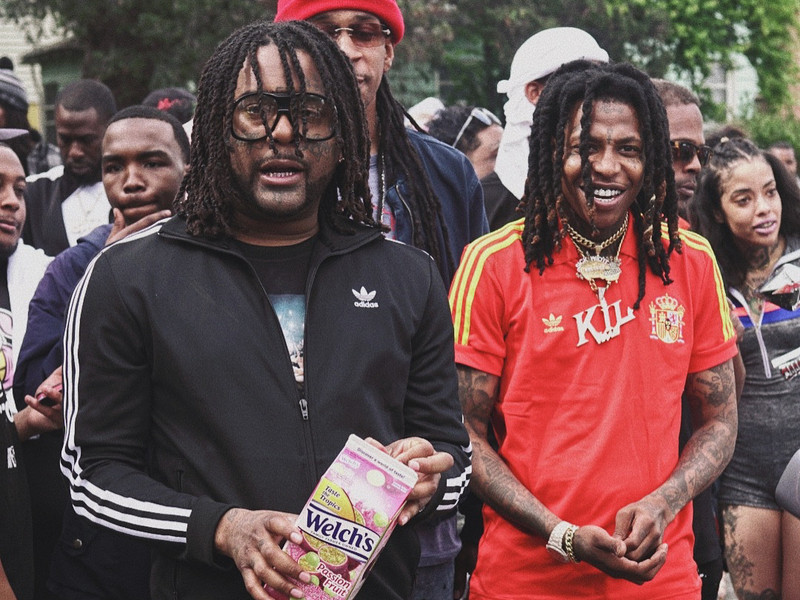 03 Greedo has begun serving his 20-year prison sentence, but incarceration won’t stop him from releasing new music. The Los Angeles-bred rhymer teams up with the Bay Area’s Nef The Pharaoh for a collaborative EP titled Porter 2 Grape.

The project is the follow-up to Greedo’s God Level, which he released right before he turned himself in for the prison term. The five-track EP includes guest appearances by ALLBLACK and Chris O’Bannon.

Check out Greedo and Nef’s Porter 2 Grape stream, cover art and tracklist below.

[This post has been updated. The following was written by Richard Ramos and was originally published on June 14, 2018.]

Earlier this year, Los Angeles’ own 03 Greedo was hit with a 20-year prison sentence and vowed to have 30 albums finished before going away. While that 30-album mark might serve as a difficult feat, Greedo and Bay Area star Nef the Pharaoh have officially announced a new joint project titled Porter 2 Grape.

Porter 2 Grape is a five-track EP with features from Bay Area artists ALLBLACK and Chris O’Bannon.

Along with the announcement, the duo has released the project’s lead single, “Ball Out.” The song is two minutes of Bay Area bounce with Greedo and Nef trading verses while rising Oakland talent ALLBLACK handles the hook.

The EP will be 03 Greedo’s first project since March’s The Wolf of Grape Street and Nef The Pharaoh’s first since 2017’s The Chang Project.

Porter 2 Grape is set for a July 22 release date.

Listen to “Ball Out” above and check out the tracklist and cover art below. 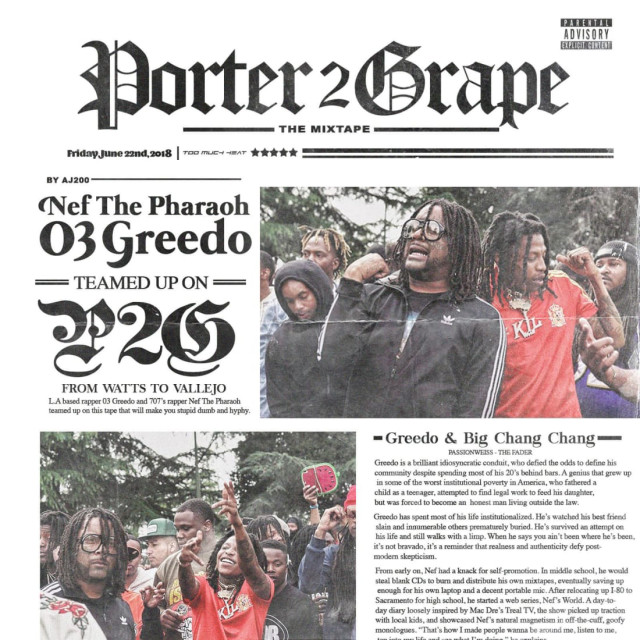