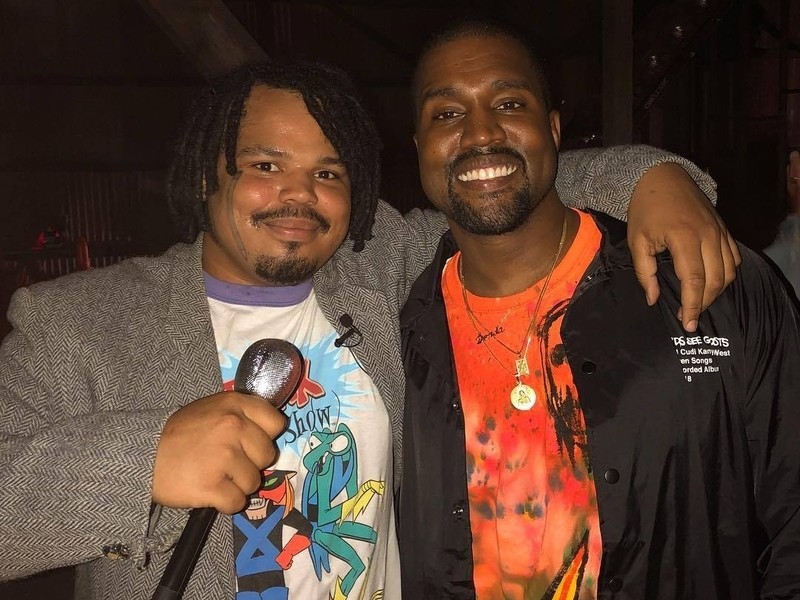 Jackson Hole, WY – Kanye West just released a recap video of the ye listening party he held in Wyoming on May 31.

Directed by White Trash Tyler and hosted by designer Kerwin Frost of the Spaghetti Boys clothing brand, the mini-doc follows Frost around as he asks partygoers for drugs, including Lil Yachty. There’s only one problem — everyone can see his mic.

From there, he runs into 2 Chainz, asks the Real 92.3’s Big Boy what to get from the buffet, plays a prank, and freestyles with Desiigner and Pusha-T.

As the video comes to an end, Frost freestyles (again) with Lil Boat and ends up at a country music hoedown.

Since the ye party, the owner of Diamond Back Ranch where the event was held has since banned rappers due to the event’s chaos. West also launched his collaborative project with Kid Cudi, Kids See Ghost, with several #ProjectWyoming listening parties all over country for its June 8 release.

West, who just celebrated his 41st birthday, has promised to deliver Nas’ new album on Friday (June 15), so this might not be the end of #ProjectWyoming. Only time will tell.

Thank you to my wife for throwing me the most beautiful fun and intimate birthday party pic.twitter.com/1ZR4DlCtMc

Watch the full recap video below.