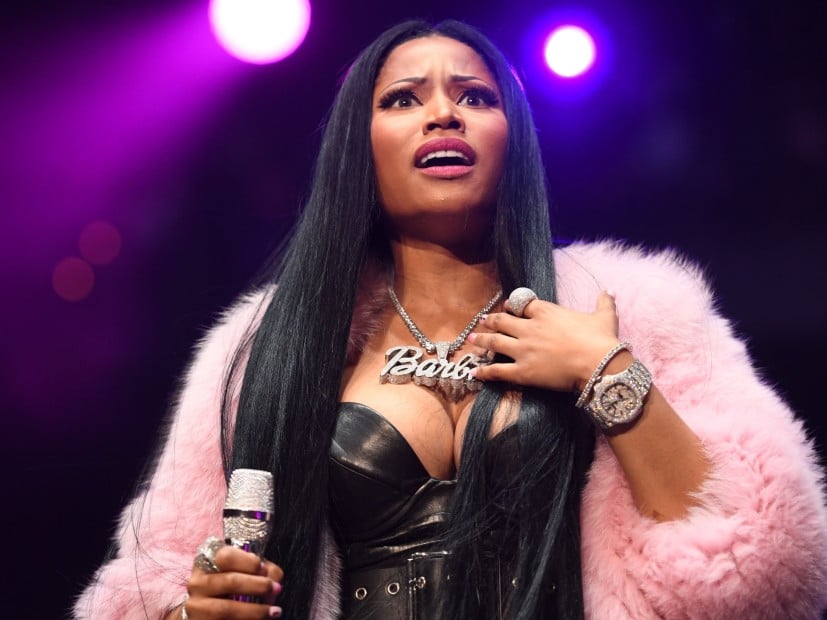 The Nicki Minaj "Queen" Memes Have Infiltrated Her Kingdom

Nicki Minaj is roughly two months away from dropping her fourth studio album Queen. Before its August 10 release, Black Barbie shared the cover art, which features her adorned in Egyptian garb sitting atop a tree branch.

Like the internet does, it took the Mert and Marcus photo and made it its own. Minaj stumbled across at least three variations of the Queen album cover, including one with an Egyptian “king” photoshopped next to her and one with Superbad actor Micheal Cera taking her place.

On Saturday (June 9), Minaj replied on Twitter to one of the latest incarnations with, “Lemme fkn tell y’all smthn. This wtf we NOT gon do. Block me back bitch and who wrote blacki Minaj? I just wanna talk.”

Lemme fkn tell y’all smthn. This wtf we NOT gon do. Block me back bitch ☹️??? and who wrote blacki Minaj? I just wanna talk ? https://t.co/LZdvnl7pCW

But that wasn’t the end of it. More alternate Queen covers continued popping up online, including one with Drake’s head placed on a camel’s body.

Check out more below.

@NICKIMINAJ is drake finna be on #Queen sis? pic.twitter.com/gEEyr7SreL

So I also made a digital drawing just for fun ?? Do you like It?? @NICKIMINAJ can't wait 4 the Album #Queen 08/10/18
Please tag @NICKIMINAJ so she can see ??? pic.twitter.com/pwvSjD6VQF

okay but you gotta see this sis @NICKIMINAJ Ari got thickkkkk #Queen pic.twitter.com/9KOtAsf77t

LOOK NIC, I made a deluxe version ???? @NICKIMINAJ #Queen pic.twitter.com/DfQRZe4h2W

This looks amazing @NICKIMINAJ you need to see this. Idk who did this ? #Queen ? pic.twitter.com/EueWApuN8w

.@NICKIMINAJ hope you like my coloured concept of Queen artwork. ? pic.twitter.com/MEwH4U11rw