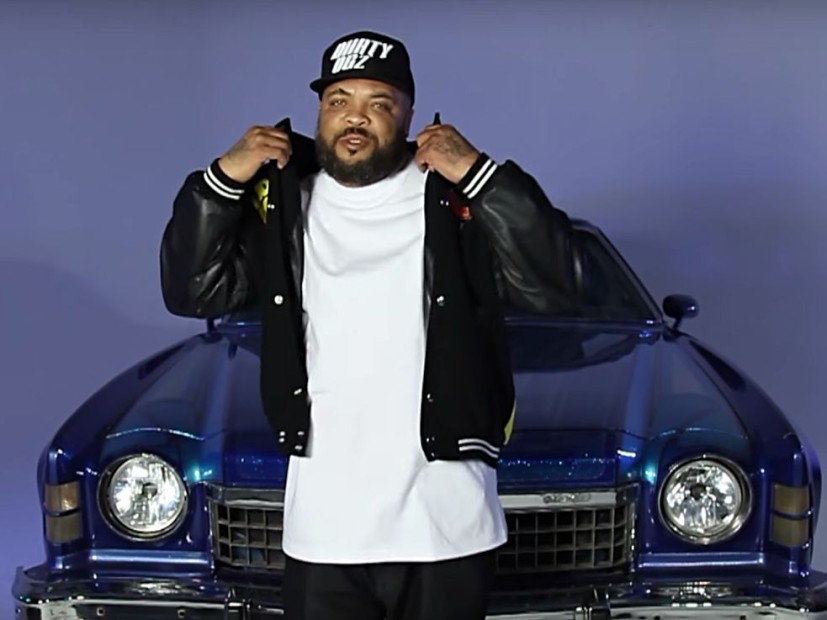 Even if his name doesn’t ring a bell, there’s a chance you’ve heard Kokane rap or sing on one of your favorite artist’s tracks.

The West Coast rapper/vocalist rose to prominence in the ’80s and ’90s alongside the Diirty OGz, and other West Coast vets like N.W.A, Snoop Dogg and Ice Cube — and he’s collaborated with all of them. Now, Kokane has claimed the title of most featured artist in the world.

“It’s been a long road to become the most featured artist in the world,” Kokane tells HipHopDX. “But to tell you the truth, when I first started in the mid-80s, I never intended to be on so many features years later. My dad Jerry B. Long, Sr. was an original member at Motown Records in the ’60s. He wrote, arranged and orchestrated over 500 music compositions and successful music scores.

“It’s quite ironic that I would follow in my father’s footsteps years later to create my own body of work and become the most featured artist in the world with over 4,000 plus guest appearances.”

Kokane says ’90s Hip Hop ushered in the “hook game” era, and more artists like he and Nate Dogg were being heavily requested all over the world to bring G-Funk vocal styles to the mix.

“Eazy-E’s Ruthless Records and Above The Law’s Gregory Hutchison gave me my start,” he explains. “They introduced my many styles and characters on platinum and gold albums in the ’90s. After those encounters, artists from all over the world requested my hooks and rap verses, and it’s gone on for the last 28 years.

“I knew I was the most featured artist about eight years ago when my wife and team researched this matter, and pulled up all the artist that I’ve collaborated with over the years. I was already at 3,500 features in 2010. Even today’s Top 100 Billboard artists didn’t reach 1,200 collabs. Now, it’s super official.”

Although Kokane says Google will provide 99 million results saying he’s the most featured artist in the world, the next step is getting the Guinness Book of World Records to recognize his achievement.

“We are getting close to solidifying this matter in their history books,” he says. “Since this is a new lane and this accomplishment has yet to be discovered until now, we will continue to press forward toward Guinness Book of World Records to seal this matter. I’m more than confident that it’s coming. But in the meantime, I’m very satisfied with the Google results.”

The Pomona, California-bred rapper isn’t limited to West Coast artists. He’s also on Prince Paul’s Politics Of The Business from 2003 and Tech N9ne’s 2010 cut “Hard Liquor,” which was produced by Dre and Blink-182’s Travis Barker.

“If I stop making records for the next two or three years, some of these artist would probably come close to my stats,” he says. “But since I don’t plan on retiring any time soon, I’ll keep this crown on my head for a while.

“I will say this for the record — if Nate Dogg was still here, he would’ve gave me some problems. Me and the homie Nate would’ve been tied on collabs. Rest well Nate. Gone too soon.”