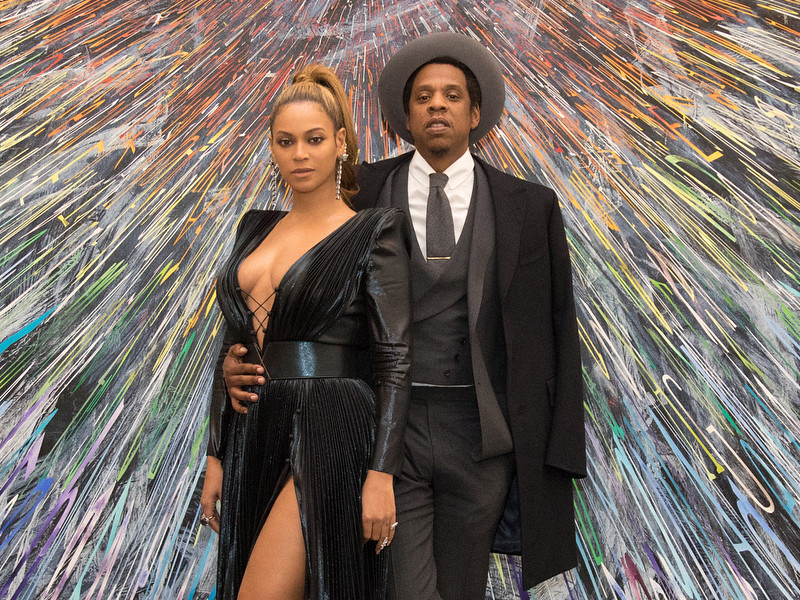 Cardiff, UK – The Beyhive was buzzing after updated photos of Beyoncé and JAY-Z twins, Sir and Rumi, were revealed during the opening night of the On The Run II Tour in Cardiff, Wales. But according to Buzzfeed, a rep for Beyoncé said the babies in the photos aren’t actually the famous twins.

When asked if the photos were of Sir and Rumi, the rep’s response was reportedly, “It’s not.”

The power couple is currently overseas for the next few weeks before the OTR II Tour hits the U.S. on July 25.

On Wednesday (June 6), a few photos of Mr. and Mrs. Shawn Carter’s first show of the tour were shared to Beyoncé’s Instagram account.

The OTR II Tour wraps up on October 4 in Seattle.

(The original version of this article was published on June 6, 2018 and can be found below.)

Beyoncé and JAY-Z are officially on the road for the next four months now that the On The Run II Tour is underway.

While overseas performing their opening show in Cardiff, Wales on Wednesday (June 6), the power couple revealed updated photos of their twins, Sir and Rumi, which served as the first look at their new family additions since July.

The words “LOVE IS UNIVERSAL” were written in between the photos.

It is the only public photo of Hov holding the twins known to exist, according to TMZ.

Queen B and King J and the Twins #Beyoncé #Jayz #twins #OnTheRunTour ??? pic.twitter.com/DQ67A2ptwk

Sir and Rumi join big sister Blue Ivy, who turned six in January. The twins were born last June and the pop queen shared one image of them shortly after their birth.

The On The Road II Tour continues in Europe through mid-July before hitting the United States on July 25 in Cleveland. The tour wraps up on October 4 in Seattle.

Check out more photos of the On The Road II Tour kickoff below.

Beyoncé and Jay-Z revealed the faces of the twins, Rumi & Sir Carter, during the #OnTheRunII Tour launch in Cardiff, Wales. pic.twitter.com/ugNt7zITId

Look at my cousins!!! The twins are so chunky and cute. Almost forgot #Beyonce had twins! Thanks for the update sis! ?❤️ #OTRII pic.twitter.com/oKbM8P6tBA