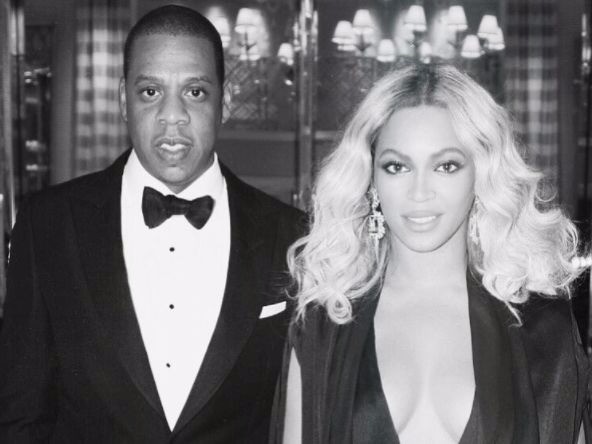 When Beyonce and JAY-Z’s twins officially arrived in June, details about their little bundles of joy were scarce. Aside from a photo of an unidentified woman visiting the hospital carrying one pink and one blue ballon, and a card addressed to “B & J,” not much was initially known about the babies other than the genders appeared to be a boy and girl.

Photos of Sir and Rumi have finally surfaced, putting the babies at about five months old. The photos were captured on Saturday (November 11) as the couple vacationed in Miami, Florida.

Beyonce was photographed carrying Sir, while an unidentified woman was captured holding Rumi.

Over the past year, The Beyhive, a collection of Beyonce’s diehard fans, had been piecing together clues to determine everything from the day the twins were born to potential baby names.

Check out more photos courtesy of the Daily Mail here.