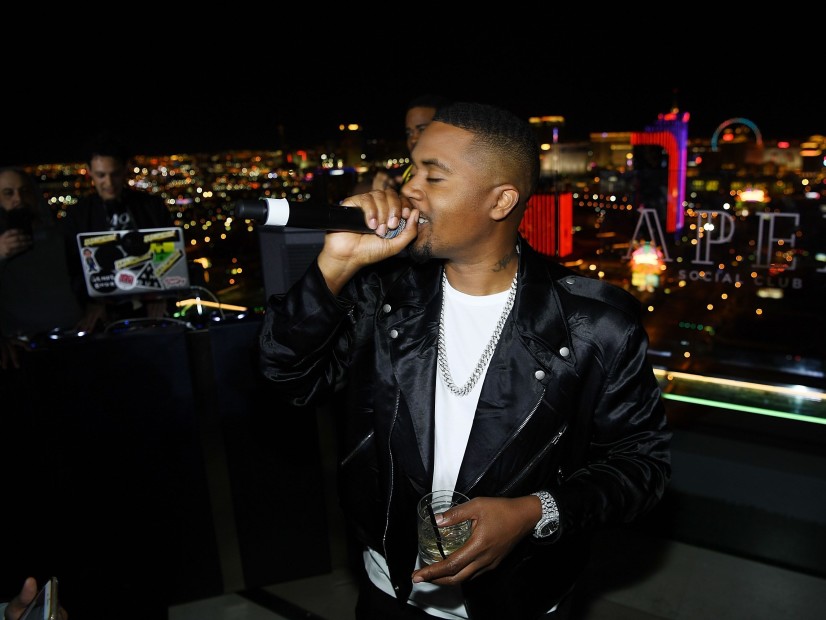 Drunk Nas: "I'm The Greatest Virgo To Ever Live ... Besides Doug E. Fresh."

Nas evidently drank too much alcohol on Saturday night (May 26) and was forced to stumble through a Las Vegas club appearance.

While the Hip Hop legend still was standing upright, he declared, “I’m the greatest Virgo to ever live … besides Doug E. Fresh” as he swayed to Michael Jackson’s “Human Nature,” which he famously sampled for his own classic, “It Ain’t Hard To Tell.”

The 44-year-old MC was at the Palms for the grand opening of the Apex Social Club. According to TMZ, club attendees said he wandered off after less than 10 minutes on the mic.

But before Nas made his grand exit, he managed to spit out, “I’m just happy. I’m just happy for Apex. Shout out to everybody living life!”

In 2004, Nas recruited Ludacris and Doug E. Fresh for the Street’s Disciples track “Virgo,” and it’s a known fact Nas is a huge fan of classic Hip Hop.

Prior to Nas’ 2010 divorce from Kelis, she threw a surprise party for Nas’ 33rd birthday and invited some of his favorite golden era MCs, including Slick Rick Dana Dane, Bizzy B, Melle Mel, Monie Love, Just Ice and, of course, Doug E. Fresh. [apple_news_ad type=”any”]

Nas is currently embroiled in a bitter custody battle with his ex-wife over their 8-year-son Knight. In a recent interview, the “Milkshake” singer opened up about their marriage and alleged Nas was a violent alcoholic during their nearly six-year union.