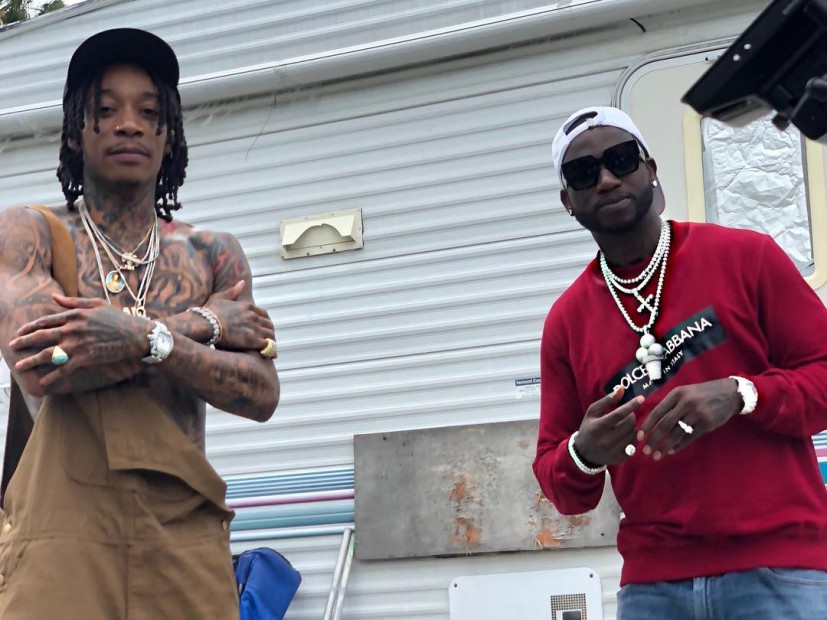 Despite their busy schedules as solo artists, Wiz Khalifa and Gucci Mane might be making some time for a joint project.

While filming the music video to the pair’s recently released single “Real Rich” — which will appear on Wiz’s upcoming Rolling Papers 2 album — Wiz hit his Instagram Story to float the idea of a longer collaboration.

“Alright, so next we’re working on our muthafuckin album, right?” Wiz says in the clip, to which Gucci replies, “Yeah, we’re doing a mixtape tonight.”

Wiz and Gucci have collaborated a number of times in the past. Wiz featured on Gucci’s Trap God 2 track, “Nothin On Ya,” as well as the Drumma Boy-produced “2 Timez.” The pair also featured on the remix to French Montana’s “Choppa Choppa Down.”

Wiz is gearing up to drop his long-awaited Rolling Papers 2 album, which is set to arrive on July 13. The project will serve as his first solo studio LP since 2014’s Blacc Hollywood. Wiz is also co-headlining the Dazed and Blazed Tour alongside Rae Sremmurd. The 27-date run will kick off on July 21 at Detroit’s DTE Energy Music Theatre, and will conclude on August 30 at the Ak-Chin Pavilion in Phoenix, Arizona.

As for Gucci, the ATL trapper has a number of projects in the works. In addition to his next solo album, Guwop has teased his Glacier Boyz collaborative project alongside Migos and Lil Yachty, as well as his own biopic helmed by 8 Mile producer Brian Grazer. The project — which was originally intended for T.I. — will focus on Gucci’s life and his role as the trap music “progenitor.”