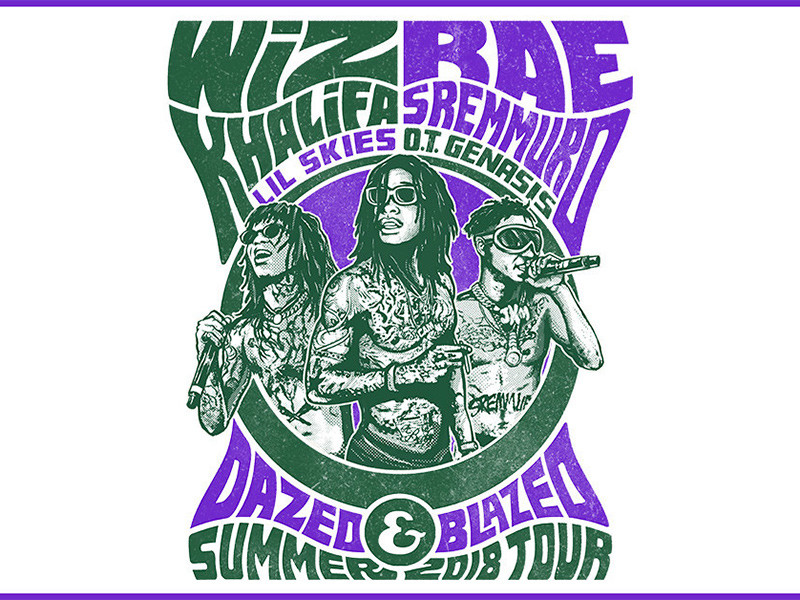 Wiz Khalifa and Rae Sremmurd will be blazing across North America this summer.

The rappers have announced, via a press release put out by Live Nation, they’ll be co-headlining a summer stadium tour dubbed the Dazed and Blazed Tour.

Lil Skies and O.T. Genasis will serve as supporting acts during various dates.

Tickets go on sale to the general public beginning May 18, and can be purchased through Live Nation’s official website. The 27-date tour will kick off on July 21 at Detroit’s DTE Energy Music Theatre, and will conclude on August 30 at the Ak-Chin Pavilion in Phoenix, Arizona.

Both artists will have VIP tickets available through their respective websites beginning on May 15.

See all the dates for the Dazed & Blazed Tour below.