Paul Mooney Asks To Give Up 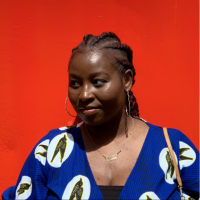 The former Seinfeld star visited Jackson’s show Sunday, to apologize for his racist rant at West Hollywood’s Laugh Factory and Mooney was present during the broadcast.

Mooney has long used the “N” word in his stand-up comedy and writing, more recently, “Chappelle’s Show.” However, the comedy vet wants to omit the word from his vocabulary and hopes others will follow suit.

Mooney credited Richards’ racist tirade for giving him a new outlook on the word.

“Michael cured me of the word,” Mooney said. “I’m not easily shocked. The tape shocked me. I finally got the gist of the word. It’s too powerful and it’s too much hated and I don’t wanna use it anymore.”

Mooney extensive and influential career in the entertainment industry has included him writing for “Sanford and Son,” “Saturday Night Live,” “Good Times” and “In Living Color.” He has also worked closely with Richard Pryor, Dave Chappelle and Spike Lee.