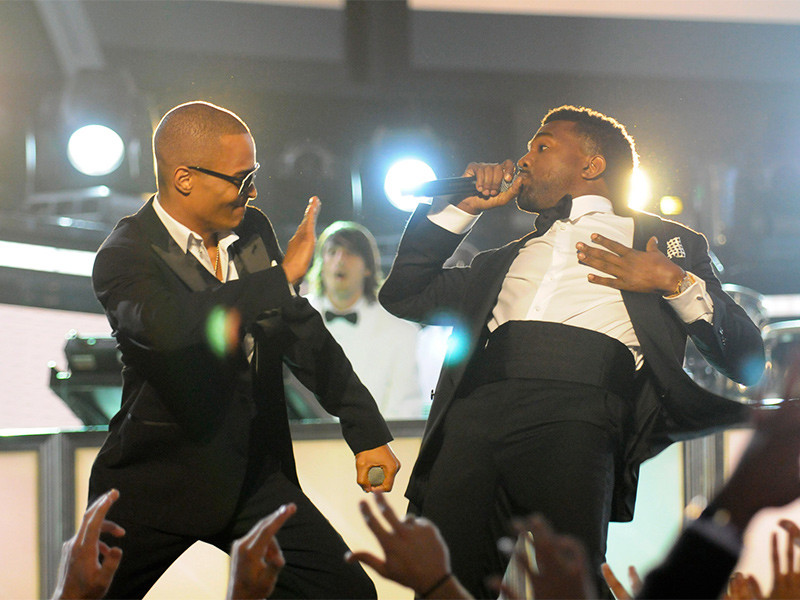 It appears the political debate between Kanye West and T.I. took place off wax too.

Days after the rhyming pair dropped “Ye vs. The People,” behind-the-scenes video of the two crafting the song and debating their sides has been released on KanyeWest.com

In the video, T.I. continued to question why Kanye would wear a “Make America Great Again” hat. At one point, the Us Or Else artist called Ye “thoughtless” for wearing it.

Kanye defended his choice to don the controversial hat, comparing his decision to wear it to as “a fight for equality.”

Kanye gives us a behind the scenes look on the making of “Ye vs. the People”

“Me putting the hat on forces an evolution … When I wear that hat it’s like a fight for equality,” Kanye said. “Like ‘Oh, I can wear this hat too.’ I think people get mad at me when I name my idols. I don’t say Michael Jordan. I say Disney … I did not wear that hat to hurt them. Half the shit Trump does, I don’t agree with.”

From there, T.I. asked “What half do you agree with?” ‘Ye didn’t offer a direct answer to the question, but instead seemed to commend Trump on his ability to inspire.

“It’s the ability to do what no one said you could do. To do the impossible. It is the most inspiring thing to me,” Kanye said.