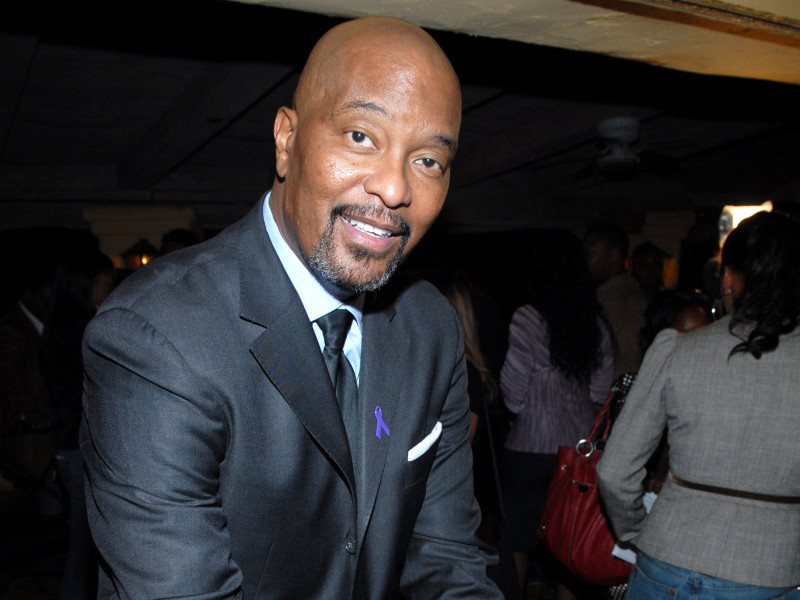 Los Angeles, CA – Dr. Jan Adams, the plastic surgeon often blamed for the death of Kanye West’s mother, penned an open letter to Yeezy regarding the potential use of Adams’ mugshot as an album cover.

In the letter provided to The Blast, Adams tells ‘Ye to “cease and desist” from using his photo and defends himself from what he says are years of erroneous reports about his role in Donda West’s death. He points to a coroner’s report that blames Kanye’s cousin Stephan Scoggins, who was responsible for taking care of Donda after the surgery.

Adams says he’s willing to meet with Kanye face-to-face, and the G.O.O.D. Music founder sounds excited to make it happen.

“This is amazing,” Kanye wrote on Twitter in response to the letter. “Thank you so much for this connection brother. I can’t wait to sit with you and start healing.”

Open letter from Jan Adams    This is amazing. Thank you so much for this connection brother. I can't wait to sit with you and start healing pic.twitter.com/rlRGBZObOF

Read the letter in its entirety here.

Dr. Jan Adams, the plastic surgeon who performed Kanye West’s mother’s liposuction that ultimately led to her death in 2007, appeared to be rather indifferent to the fact Yeezy is considering using his low-res mugshot for his upcoming eighth studio album cover.

When contacted via text message by a reporter for The Blast, Adams cryptically responded, “It’s a Macguffen…”

The 64-year-old well-spoken surgeon knew the response would raise some eyebrows, for its meaning dates back several generations.

“MacGuffin” (as it has been traditionally spelled) was popularly coined by legendary filmmaker Alfred Hitchcock through his 1935 movie, The 39 Steps. The term signifies a plot device and/or symbol that stands out but its importance isn’t necessarily of great value. Think a fixed object that begins and ends a movie.

While lecturing at Columbia University in 1939, Hitchcock broke the concept down saying, “It might be a Scottish name, taken from a story about two men on a train. One man says, ‘What’s that package up there in the baggage rack?’ And the other answers, ‘Oh, that’s a MacGuffin’. The first one asks, ‘What’s a MacGuffin?’ ‘Well,’ the other man says, ‘it’s an apparatus for trapping lions in the Scottish Highlands.’ The first man says, ‘But there are no lions in the Scottish Highlands,’ and the other one answers, ‘Well then, that’s no MacGuffin!’ So you see that a MacGuffin is actually nothing at all.”

Relive It: Adams infamously walked off a 2007 Larry King interview without answering any questions.

The reemergence of Adams in the media came about when West and Wes (presumably artist Wes Lang) were chatting on text when Kanye unearthed the pic, writing, “This is my album cover. This is plastic surgeon Jan Adams. The person who performed my moms final surgery. Do you have any title ideas? I want to forgive and stop hating.”

As for the mugshot, it was the booking photo when Dr. Adams was arrested on March 31, 2006, after pleading no contest to DUI.