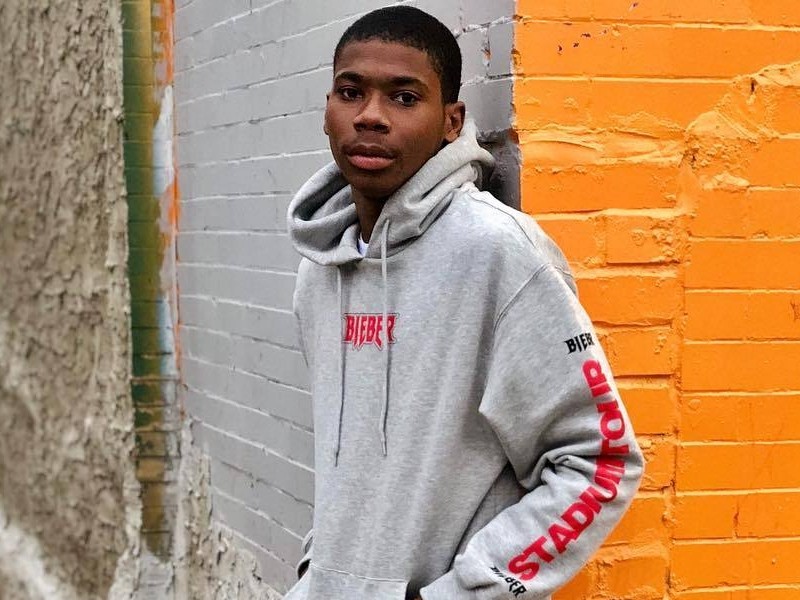 LGP Qua could become the next breakout star from Philadelphia now that will.i.am is in his corner.

After building his buzz on social media, Qua caught the attention of the Black Eyed Peas’ will.i.am, who not only signed the young spitter to his label will.i.am Music Group but also gave him a big assist by crafting and hopping on his debut single, “INSOMNIAC (woke).”

Qua recently stopped by the DX office in Hollywood, California to debut the song and video on DX Live. The burgeoning rhymer says the song is a wake up call for people that continue to overlook or ignore the increasingly harsh realities of day-to-day living.

As the relationship between older HIp Hop fans and the youth seemingly becomes more fractured each day, Qua prides himself in being part of the rare breed that can blend the two schools of thought. He hopes his music will do like his mentor’s early work with Black Eyed Peas and bridge the gap.

“You’re a fan before anything when you first start or you take a liking to something,” Qua noted. “The Cassidy’s, the Nas’s, DMX, JAY-Z — all them. You hear it and it’s like ‘Ooh.’ I hear them, I feel the same way at that time. Now [Hip Hop] is just like whatever, so I’m bringing it back to give that to the young kids — a new sound with a little twist of that new school.”

Although his career ascent has been quick, Qua has already learned some important lessons. Many rappers and celebrities don’t fully understand these circumstances until they’ve encountered some of the inauthenticity that comes along with the fame.

Everybody drug dealers now that shit ain’t adding u catch a case up can’t get a lawyer cause u ain’t have enough ??? #VOICEOFTHEYOUTH #LGP #LMG #FREEMEEK #REALHIPHOP #PUMALIFE

In his case, will.i.am is one of those “right people.” Like Eazy-E did for will.i.am when he discovered him back in the early ‘90s, the Black Eyed Peas frontman is trying to bestow wisdom upon the up-and-coming lyricist.

“First time I met will was in New York,” Qua remembered. “He saw my videos on my Instagram and he took a liking. He didn’t wanna hear nothing else from there. It was all love, and I definitely appreciate that. [He taught me to] always be yourself. It’s cool to be different and make sure anything you do is a family move. Think long term.”

LGP Qua’s debut mixtape, The Voice of the Youth Volume 1, is scheduled to drop in April.

Check out the full interview below and tune into DX Live every Thursday at 10 a.m. PST and the Litness Test at 3 p.m. PST.