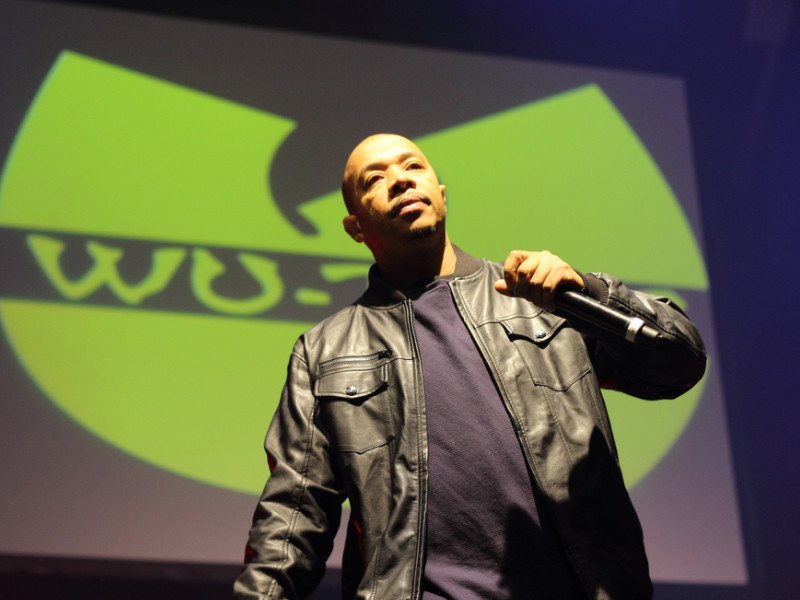 U-God: “I Am The Wu-Tang Member That People Don't Know About"

While strength in numbers proved to be the key to Wu-Tang Clan’s success and enduring legacy, it also proved itself to be a system that lacked equal distribution. While some of the Clan’s bigger names broke off and launched massive solo careers, others had to wait in line. U-God — also known as Golden Arms — was one of the members who played the background.

“I am the Wu-Tang member that people don’t know about,” he told HipHopDX.

The founding member of Wu-Tang is hoping to change that with his new book, Raw: My Journey Into the Wu-Tang, which follows him from age five to 26.

“This book tells you who I am, and what I went through it,” he says. “All about the God himself … the legend behind the legend.”

As he explains, he’d told many of these stories over the years and felt it was time to compile them for the world to enjoy finally.

“I would tell these stories all the time … my manager was like, ‘Yo man, it’s time for us to lay it down,'” he explained. “So about two-and-a-half years ago, I started putting the pencil to the paper and that was that. It became the next conquest — along with my album.”

Seemingly off the scene, Golden Arms notes that he filled his plate to the point it was overflowing, penning his mixtape Bring Back God II in tandem with the memoir and his new album, Venom.

“[It was] a lot of work, a lot of thought process,” he said. “I lost most of my girlfriends; my family is mad at me, you know, stuff like that, man. So I just went all in.”

Venom, which is U-God’s fifth studio album, promises to deliver that quintessential Wu sound. Alongside production from the likes of Lord Finesse, Green Lantern and Large Professor, there are appearances from his Wu brethren Method Man, Inspectah Deck and Raekwon. One feature stands out, though — Scotty Wotty. The obscure MC appeared to come out of nowhere with two features on the 2009 U-God LP Dopium, but his roots in the Clan go all the way the beginning.

“I can’t speak for everybody in the crew, but I know [Scotty] was like the first dude in my hood that was a rhymer,” he explained. “He had the first tapes that were being heard in my hood. He inspired us … me, Rae and Cappadonna. He was like our mentor. He and Genius used to write.”

Alluding to a potential animosity (which he wouldn’t elaborate on), he notes he felt compelled to reach out to him for verses back in 2009.

“I can’t even explain the level of raps that man holds,” he said. “I was just hoping to capture him, you know before he passed away or something happens.”

“That’s basically what I’ve been doing all these years,” he says. “Trying to put together my thoughts and help people who deserve a shot.”

This year, the Clan is celebrating its 25th anniversary and U-God explained how the group has maintained its relevance.

“[We just all] simultaneously do little things here and there, ” he said. “Whether it be writing books or [whatever], and just keep constantly putting out music — never stop putting out music.”

He continued, “[We] just constantly try to evolve. [we] always want to chase for a new sound. There’s always something new to say, something to talk about, or an issue to tackle.”

It’s this constant evolution that keeps the 47-year-old motivated.

“I can’t just sit around and not do anything,” he said. “I always have creative thoughts that come out of nowhere … best believe I’m gonna act on them.”

Another facet of his motivation is his open-mindedness to the many changes the game has weathered over the past two decades.

Before ending the interview, U-God shared his thoughts on Martin Shkreli, who was just sentenced to seven years in prison and was in possession of the rare copy of the one-of-a-kind Wu-Tang album, Once Upon A Time In Shaolin.

“It’s a crazy situation, man,” he said. “I got to figure it out with my lawyers and stuff like that.”

Though he was unable to confirm with certainty about any of his fellow Clan members, when asked if he heard the infamous album, he answered with a straightforward, “Nope.”

“[Now] I’ve got to go see the Federal Bureau of Investigation,” he said with a laugh.

Raw: My Journey Into the Wu-Tang is available for purchase now, and the new album Venom drops March 30 via Babygrande Records.