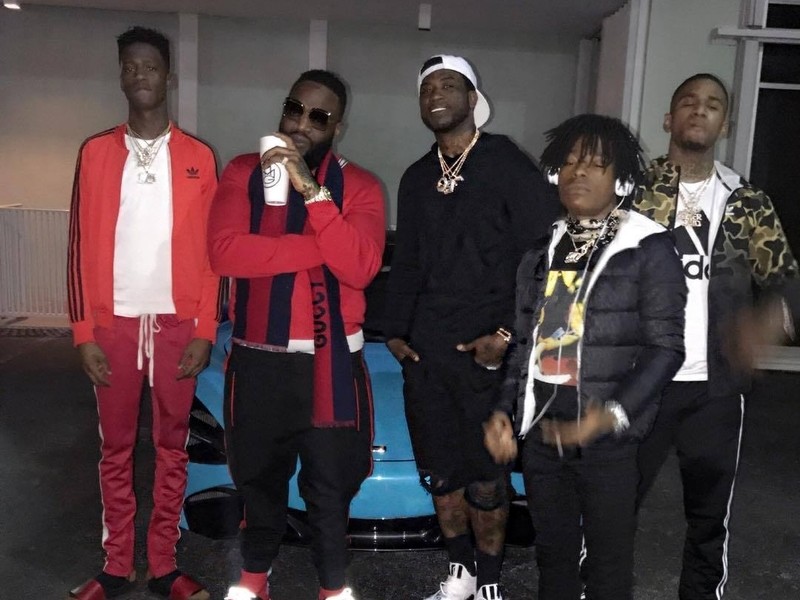 Rick Ross is apparently feeling much better following his health scare earlier this month. After being released from the hospital last Monday (March 5), Rozay linked up with his old pal Gucci Mane over the weekend.

“Ross I’m glad u Good Vato!” Gucci wrote on Saturday (March 10) as the caption to a photo of himself and Ross.

Guwop also shared another picture alongside the Maybach Music Group boss, this one teasing the Eskimo Boyz Vol. 1 project. Ross was in promotion mode too, hyping up his Port of Miami sequel — an album originally announced one year ago — in an Instagram post of his own.

Since Ross’ release from the hospital, the 911 call that prompted his stay has emerged online. In the audio, the caller is heard telling the dispatcher about Ross shaking and struggling to breathe. The caller also said Rozay was throwing up blood.