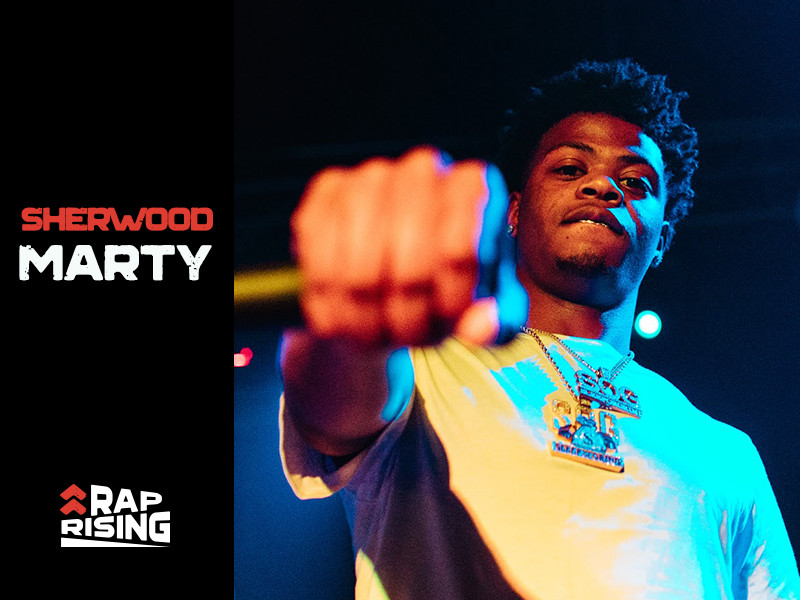 Sherwood Marty wants the world to know that his music is “all real street shit, gangster shit, and trapping with passion, heart, and love at the same time.” The 20-year-old Baton Rouge native introduced his 2016 debut mixtape Stuck In The Trenches: Self Made Vol. 1 alongside underground favorites “Everything”  and “Intro.” His “Sherwood Baby” music video also cracked a million plays, which helped catch the attention of 300 Entertainment.

By late 2017, Marty was collaborating with Atlanta up-and-comer OMB Peezy after meeting him on Instagram and going on to release their joint mixtape Young & Reckless. As he releases new projects Fresh Prince of Sherwood and Sherwood Baby, Sherwood Marty’s hopes that his honest lyrics will connect with listeners everywhere.

Before Sherwood Marty performs at this year’s SXSW for the first time, HipHopDX got a chance to get to know him before he hits the stage.

Sherwood Marty: No, first time ever.

Definitely networking and getting my face out there.

Best part is doing what I love. Worst part is it being over!

Cause I’m a fresh face out there! I’ve been asked to come previously but I wanted my anticipation to be like it is now!

White Castle, Louisiana. I don’t remember what it was for, but it was lit.

What was the best article you’ve ever read in HipHopDX? Did you agree or disagree with It?

I’ve never read publications till my name got mentioned. So whatever ya’ll say about me, I agree with.

Probably the one about gangsta rap, I live that every day. I’m just talking about what I live and I have the right to make money on that!

If you could let your fans know one interesting fact about you, what would it be?

My mom is opening a restaurant this year in BR, I’m going to help her out, but it’s gonna be fire.

Check out Sherwood Marty at DX’s Rap Rising showcase at SXSW on March 16 at The Parish.