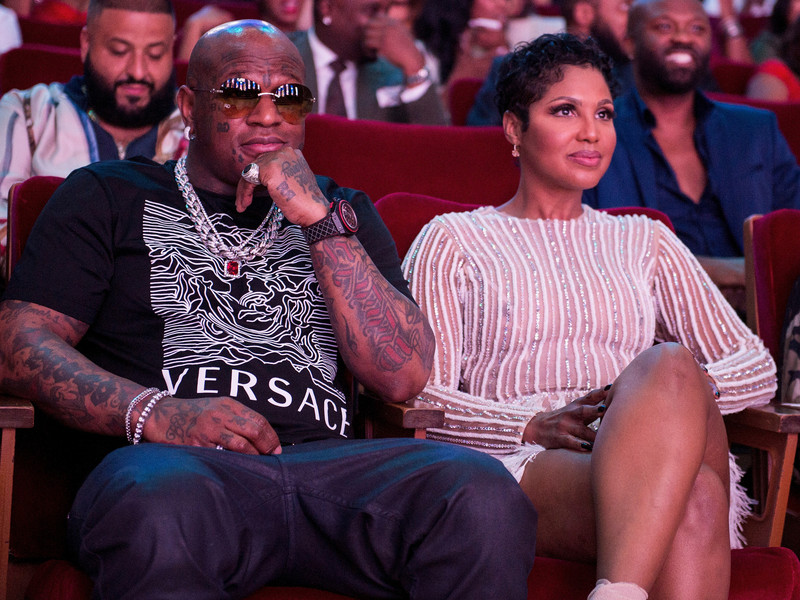 Birdman and Toni Braxton might be ready to tie the knot. Months after Braxton’s sister Tamar sparked rumors of the couple eloping, the Grammy-winning singer addressed the situation in a preview for the upcoming season of WE TV’s Braxton Family Values.

In the clip, Braxton announces she’s engaged and shows off a new ring to her family. She and Birdman have been romantically linked since 2016 but have often been coy about discussing their relationship.

Their lives may change, but the sisterhood remains the same. #BFV is back in March! pic.twitter.com/BESPKSKxvk

This reality TV teaser has popped up just a few weeks after Braxton denied being married to Birdman in an interview with Angie Martinez. During the January appearance on Martinez’s Power 105 radio show, Braxton dismissed her sister’s claims but was mostly concerned with the semantics of labeling her relationship with Birdman.

Birdman and Braxton’s apparent engagement comes in the midst of a busy time for the couple. The Cash Money Records co-founder just dropped his first documentary, Before Anythang: The Cash Money Story, over the weekend. Meanwhile, Braxton is gearing up for her new album Sex & Cigarettes, which is due out in March.