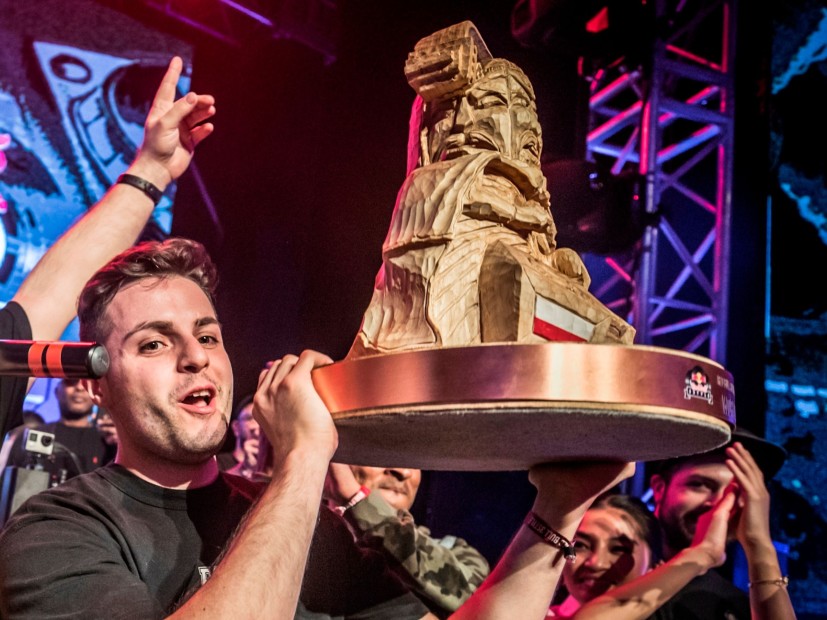 Krakow, Poland – In the 11 years of Red Bull 3Style’s existence and the eight years it has held the world finals, 2018 may be the most monumental and groundbreaking year yet. It all went down in front of a capacity crowd at one of the most beautiful and historic venues on the planet — the Juliusza Slowackiego Theatre in the heart of Krakow, Poland.

Another view of the Juliusz Słowacki Theatre in Kraków, because it's basically the most beautiful building ever.

At the end of it all, Italian turntablist Damianito hoisted the trophy. Canada’s Cam B came in third and Belgium’s DJ Cross came in second with an electrifying set that some argued would have won had it not been for an issue with his needle forcing him to briefly stop his set.

Damianito’s win marked the first ever victory for his home country of Italy.

The night closed out with former 3 Style World champions DJ Craze and Four Color (collectively known as 2 Cents) shutting down the place with an exclusive mix.

The afterparty followed down the street at Club Pro Zak where Nina Las Vegas, Skratch Bastid, DJ Nu-Mark and Jazzy Jeff all took over the tables until the early hours of the morning.

Check out the full live stream on Red Bull 3Style’s Facebook Page, and keep it locked to HipHopDX for exclusive interviews and footage from Krakow.

Congratulations to #RedBull3Style World Champion VIII, @djdamianito from Italy! Congratulations also to our vice winners @djcross01 from Belgium and @dj_camb from Canada. #PlayWithMusic — Now begins our journey to the next Red Bull 3Style World Finals VIII in Taiwan, stay tuned!