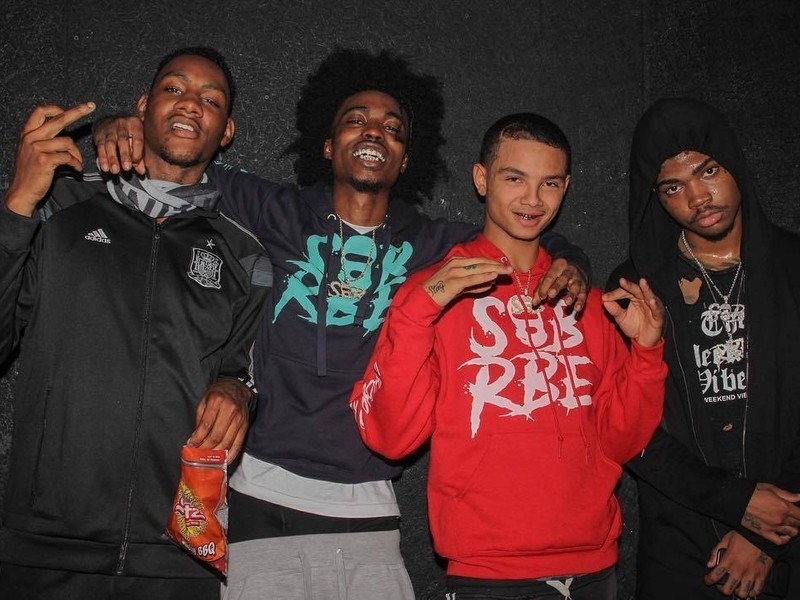 SOB x RBE, an emerging Hip Hop collective from the Bay Area, has released its debut album, Gangin. The LP arrives just a few weeks after the group scored its big placement to date, contributing a song to the Black Panther soundtrack.

The crew’s inaugural album includes 15 tracks to showcase the talents of the four members. SOB x RBE is comprised of DaBoii, Lul G, Yhung T.O. and Slimmy B. Learn more about them checking out HipHopDX’s rundown of the basics of SOB x RBE.

View the stream, cover art and tracklist for Gangin below.

(The original version of this article was published on February 6, 2018 and can be found below.)

SOB x RBE’s debut album is arriving in just a few weeks. The group has revealed the cover art and released the lead single “Carpoolin” for its inaugural LP, Gangin, which is scheduled to drop on February 23 via EMPIRE.

The Bay Area-based crew is comprised of four members: DaBoii, Lul G, Yhung T.O. and Slimmy B. SOB x RBE experienced a breakthrough in 2017 with increased recognition outside of the Bay thanks to a variety of solo projects and group efforts. The video for SOB x RBE’s single “Anti” has racked up over 23 million views on YouTube since its release in September 2016.

“Anti” is just one of the multiple videos released by the group to attract millions of views. But SOB x RBE’s biggest accomplishment yet might be its inclusion in the Black Panther soundtrack. The TDE-helmed album features DaBoii, Lul G, Yhung T.O. and Slimmy B’s song “Paramedic!”

Check out the cover art for SOB x RBE’s Gangin above and listen to “Carpoolin” below.