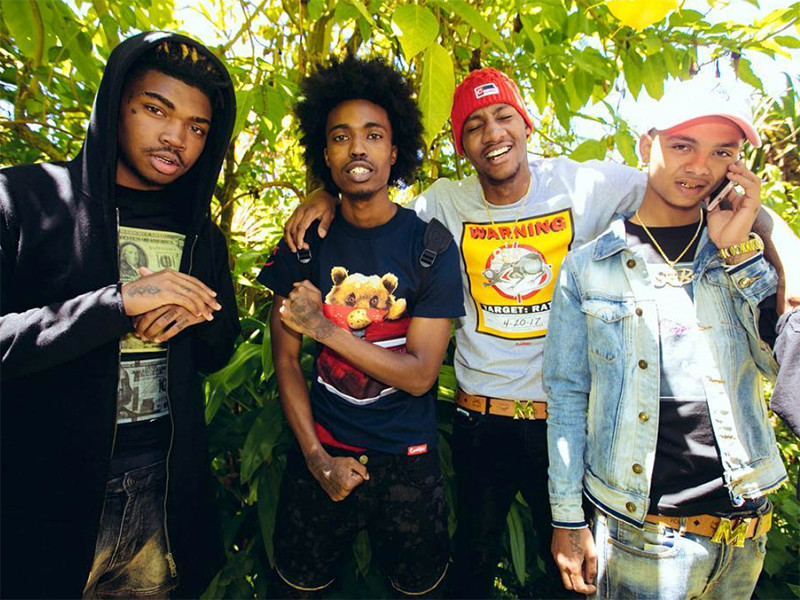 Who Are SOB x RBE?

Why do these initials sound so familiar? Well, if you aren’t caught up on Bay Area rap then you might recognize the collective from its biggest feature to date on Black Panther: The Album.

SOB x RBE, which stands for Strictly Only Brothers x Real Boi Entertainment, is a Bay Area-based crew consisting of four members – DaBoii, Lul G, Yhung T.O. and Slimmy B. Aged from 19 to 21, the four rising MCs from the city of Vallejo – home to the likes of E-40, Mac Dre, Celly Cel and Nef the Pharaoh – have been making a name for themselves over the past year.

Before joining forces in 2015, SOB x RBE were two separate entities. SOB was originally comprised of only DaBoii, Slimmy B, and Lul G, who were all childhood friends. RBE was initially a rapper/producer combo featuring Yhung T.O, according to the East Bay Express. The two sides linked up and the rest is history.

Various solo releases (Slimmy B’s Problem Child, DaBoii’s YWN, Yhung T.O.’s Before The Fame EP and On My Momma LP, and Lul G’s Yhung Nigga World) and a tour with Sage the Gemini last year have garnered the crew a significant following with nearly 150 million views on their YouTube channel plus hundreds of thousands of followers across their social media accounts.

Some of their notable hits include “Anti,” “On My Momma,” “Different,” “Lane Changin,” “Ruthless” and “Calvin Cambridge.” The success was parlayed into their biggest placement to date: the Sounwave-produced “Paramedic!” on the TDE-curated Black Panther: The Album.

Now, SOB x RBE are set for a proper debut with their debut album, Gangin’, set to drop on February 23. The group also has an opportunity to gain more fans as a supporting acting on Post Malone and 21 Savage’s upcoming North American tour.

On top of that, the collective has their own West Coast tour, which begins on March 17 in Oakland and caps offs on April 14 in Sacramento. Tickets are on sale now.

Check the full slate below:

Tickets on sale Friday at 10am at www.sobxrbe.com