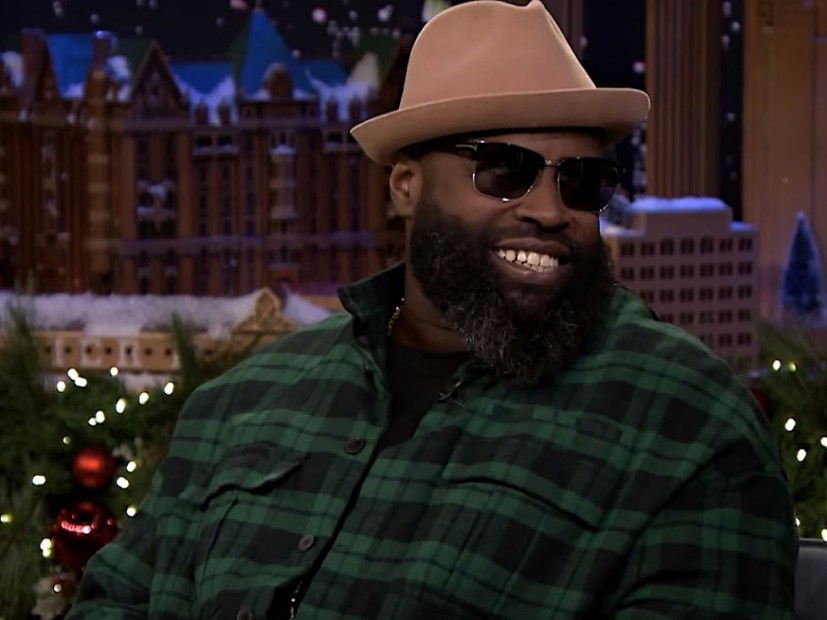 Black Thought Confirms Murderous Hot 97 Freestyle Was Off The Top

New York, NY – After Black Thought murdered his Hot 97 Funkmaster Flex freestyle on Wednesday (December 13), The Roots legend found himself the #1 trending topic on Twitter. Reactions to his 10-minute lyrical slaughter poured in from fans and peers alike. Sean “Diddy” Combs even dubbed it the “greatest freestyle in Hip Hop history.”

On Friday (December 15), the Philly-bred MC — real name Tarik Trotter — sat down with Jimmy Fallon on The Tonight Show Starring Jimmy Fallon! where he was interviewed like any other A-lister. During the conversation, the longtime friends (and co-workers) discussed the freestyle and Black Thought confirmed it was off the top.

Fallon asks, “How in the heck do you do that? That was all freestyle?” to which Black Thought replies, “Yeah, yeah,” although he didn’t take the time expound on the details of how a freestyle works (some are often pre-meditated or pre-written).

The Hip Hop vet then explains what he was thinking going into it.

“I planned on doing 10 to 15 minutes,” he said.  “Here’s the thing — Funkmaster Flex Hot 97 freestyles — it’s an iconic moment. It’s super meaningful for a rapper to get that platform. In recent weeks, recent months, I’ve been checking out videos and the bar has been set kind of high. People go on for six, eight, nine minutes or so.”

Fallon then gifts him with a printed out version of his freestyle lyrics before the conversation turned to how Black Thought met his Roots brethren Amir “Questlove” Thompson.

At the end of interview, he kicks a mini-freestyle, yielding thunderous applause from the audience and Fallon bowing down to the endlessly talented MC.

Watch the full clip above and check out Black Thought’s Hot 97 freestyle lyrics via Genius below.