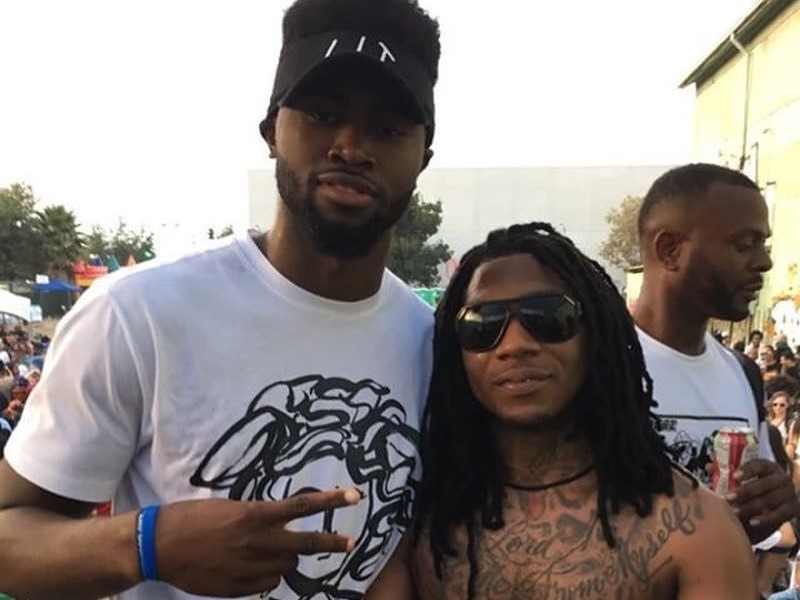 Lil B Credits His Blessing For Boston Celtics’ Success

Lil B glided onto Twitter on Monday (December 4) to make people aware of the good fortune he bestowed upon the Boston Celtics. According to him, he’s the reason that they’re the team to beat in the NBA.

“REMEMBER WHEN LIL B SAID BEFORE THIS NBA SEASON STARTED THAT THE NBA BOSTON CELTICS HAVE ‘ THE BASEDGODS’ BLESSING,” he wrote. “LOOK AT THEM NOW NUMBER 1 RECORD IN THE NBA – Lil B.”

Back in September the BasedGod shared a photo with Celtics forward Jaylen Brown a couple of days before extending his divine favor toward Boston’s ball club.

Nba jaylen brown and the Boston celtics have my blessings this year for the @Nba blessings !!! Congrats to jaylen for being real! – Lil B

Since then, it’s been nothing but smooth sailing. The Celtics currently sit at 20-4 and are atop the Eastern Conference, 3.5 games ahead of the Cleveland Cavaliers. As if that’s not enough of an achievement, they also have the best record in the NBA.

After seeing the first-hand effects of Lil B’s curses aimed at Kevin Durant – which has now been turned into a blessing – and James Harden, it’s nice to see that the BasedGod is now using his powers for good.