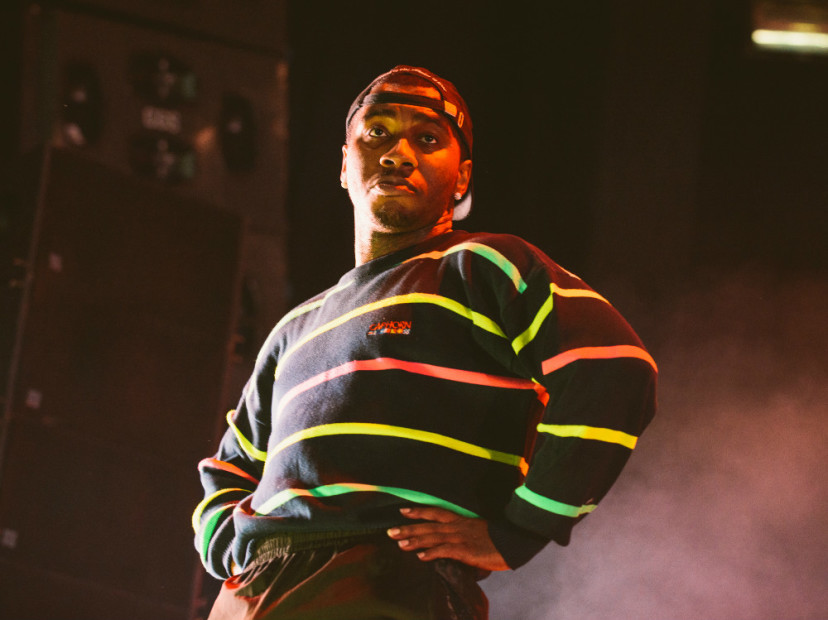 Lil B, known to some fans and observers as “The Based God,” landed in the national conversation a couple of years ago when he began throwing his so-called “Based God” curse toward NBA star Kevin Durant. That same curse was extended toward Houston Rockets leader James Harden, and the Bay Area rapper says it could harm the All-Star’s MVP chances this year.

The rapper born Brandon McCartney stated while Durant, who plays for his beloved Golden State Warriors, is no longer under the curse that the same cannot be said for Harden, reports The Undefeated.

In an interview with the outlet, Lil B waxed on the hows and whys of his curse and what can be done to end the scourge. In essence, the curse began during the Rockets’ 2015 Western Conference Finals contest against the Warriors when Harden performed the “cooking dance” after scoring a bucket.

The dance has largely been attributed to Lil B but Harden has yet to acknowledge the originator, thus the curse placed on him in 2015 still remains. While it appears that Lil B respects Harden and his game, he’s not letting up until he gets his just due.

“Him not acknowledging Lil B and just continuously taunting and acting like he knows about nothing. I know James Harden does know me. … Actively, right now, James Harden is the only player in the NBA that’s cursed. Kevin Durant is not cursed, and the gentleman that’s on the Lakers, the leading point guard, D’Angelo Russell, is not cursed either,” said Lil B.

Lil B isn’t shy to admit that the grace he’s extending towards Durant is stepped in the fact that KD now plays for his hometown squad. Curiously enough, the 27-year-old basketball junkie pegs Klay Thompson as his pick for MVP.

Will James Harden actually give Lil B his cooking dance props? Time will tell.

James harden congrats on fighting through the curse, you are strong….. maby not wise but strong… stay tuned – Lil B