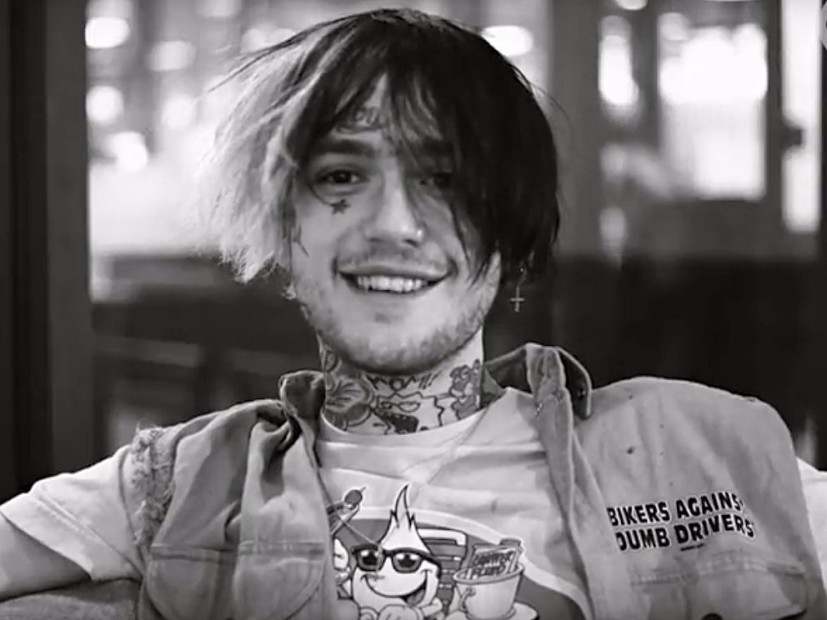 Montreal – Lil Peep has stayed in the headlines since his November 15 passing. The up-and-coming emo rapper was only 21 years old when he died on his tour bus in Tempe, Arizona of a suspected drug overdose. MONTREALITY has unearthed an interview from April, which finds the self-described “nerd” talking about everything from death and mental health to his first job as a teenager and favorite cartoon character.

Early in the interview, Peep eerily discusses what happens after someone dies.

“You could just wake up again, I have no idea,” he said. “I know there’s something because you can’t kill energy, energy doesn’t die. There’s literally like a weird thing that like leaves your brain when you die, it leaves your brain and just like floats out into the atmosphere or whatever the fuck. I feel the presence of a lot of people who have passed away, too, just randomly they pop into my head.”

Considering police found Xanax at the scene of his death, it wasn’t surprising his relationship with drugs was something he routinely explored in his music. His debut album, Come Over When You’re Sober Pt. 1, touched on topics like drug use and depression. He didn’t shy away from discussing it openly interviews either.

“I think everyone should do mushrooms at least two times a year,” he told MONTREALITY. “I think it’s great for your mental health. It teaches you a lot of shit. I can’t explain it. It almost feels like you got a massage on your brain. You just feel relieved and you realize a lot of shit. I think they’re there for a reason.

“I have never had a bad trip because I’m just so aware of the fact I’m on whatever I’m on, it’s almost like there’s a sober me inside the fucked up me just being like, ‘You’re fine bro.’ Everyone else is freaking out around me and I’m kind of like laughing at them. It’s weird. I’m just good at controlling myself on that shit. I used to sell mushrooms too so I would eat more than you should eat every day. I kind of replaced weed with mushrooms. Psychedelics became a regular thing for me. I did mushrooms last night.”

Despite struggling with his own inner demons, he was still able to give some advice to anyone wrestling with suicidal thoughts.

“Everything changes with time,” he explained. “You can’t predict where you’re going to be next year. You have no idea. I’ve been in very, very very low points like shitty situations, horrible situation. my mom always tells me time will heal everything … It will eventually get better. Things will get better. And also you have to be grateful for what you have. Never be ungrateful … there’s people fighting to survive, so live on for them.”

Elsewhere in the interview, Peep talked about some of his favorite artists, particularly Future,who he said is going to be “remembered forever.”

“Definitely Future is on there, Gucci. Atlanta, man, Atlanta did that for me,” he said. “The Atlanta scene reminds me a lot of rock-n-roll in a certain way. I did listen to a lot of Pro Era and obviously the old shit like Wu-Tang, MF Doom. Future is gonna be remembered forever. Future just has so much quality music. People like to turn up to it and they don’t even sometimes know what they’re listening to and it’s just like so much deeper than turning up to that shit. It gets me emotional you know.”