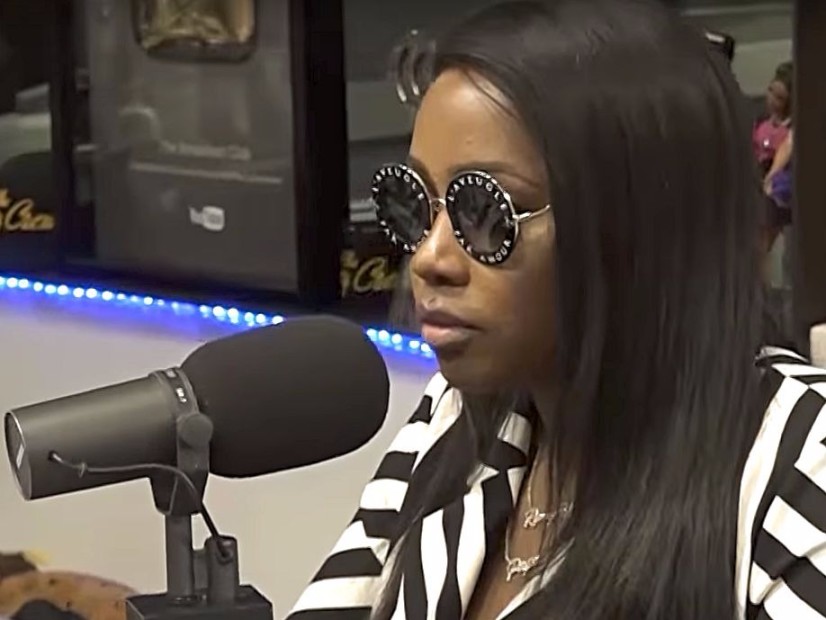 Since Remy Ma dropped the seething Nicki Minaj diss track “SHEther” back in February, she’s been subject to constant questioning about the “beef” between the two of them. During a recent interview with The Breakfast Club, the topic popped up once again on the heels of her new track “Wake Me Up” with Lil Kim.

Many listeners thought the dynamic duo was ganging up on the self-proclaimed Queen of Rap with lines like, “That crown I’m gon’ take that shit/ ‘Cause you a clown and homie don’t play that shit.”

Charlamagne Tha God asked Remy straight up if the song was another diss track aimed at her famous nemesis, which she denied, saying (again) that she was moving on.

“You hear the record,” Remy said. “I don’t understand how many times I have to tell people like … I have no problem calling people out by name. I don’t. I’m so over that. I’m past that. I’m like in a good space, like I feel like everything that happened, everything happens for a reason. Right now, what I’m doing right now is what the record is. It’s just a dope record.”

Remy goes on to express her admiration for the original Queen Bee, calling Kim the “Madonna” of female rappers.

“I think Kim is an icon,” she said. “I think she should definitely be paid way more respect that what she is. To me, she’s like the Madonna of the whole female rap. I can’t think of no chick in rap that can’t say at some point they weren’t influenced by Kim. I just thought it was dope to have her on the record. She sounds amazing on the record.”

Elsewhere in the conversation, she admitted she’d survive if she never made another album, but reiterated that she’s still grateful she’s able to live well off of her music. She also opened up about her relationship with her husband Papoose and the seven years she spent in prison.