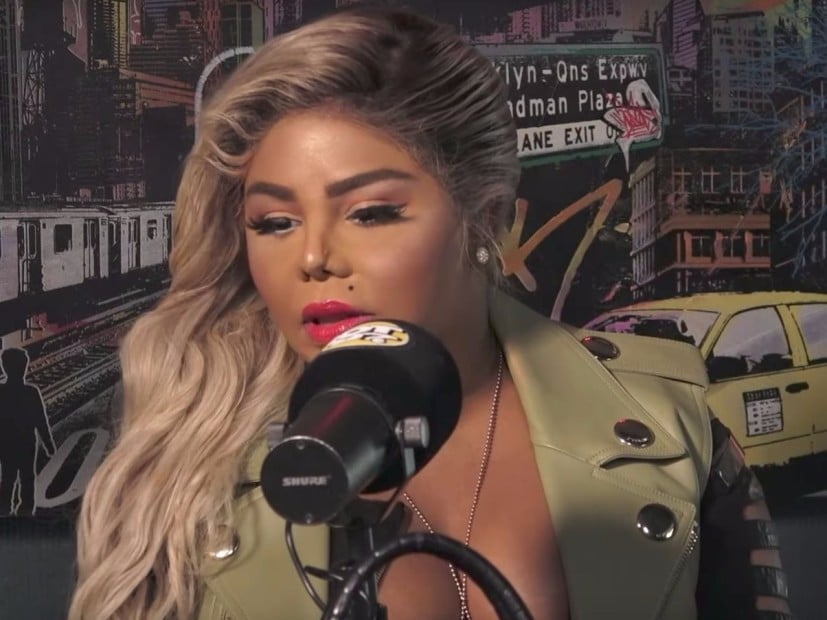 Following Jermaine Dupri’s recent appearance on Drink Champs, where he told N.O.R.E. and DJ EFN that he witnessed The Notorious B.I.G. pull a gun on his then-girlfriend Lil Kim, the pint-size rapper has corroborated the abuse in their relationship.

Kim stopped by Hot 97’s Ebro In The Morning earlier this week and opened up her “very violent relationship” with the late rap legend.

“It’s not wrong with [Jermaine Dupri] tellin’ the story; it’s a part of history,” Kim said. “It happened. The story is not exactly how he said it, but it’s very close to the truth. We did have a very violent relationship. I hate that, for a while, that was all I attracted: violent [men]. It is what it is. He was everything. You know how it is when you’re in the industry: the guys can do whatever they want, but you can’t do shit. You can’t do nothing.”

Kim, who just released “Took Us A Break” on Friday (November 3), then went into her account of what actually transpired that day.

“First of all, when I was going to do the song with Jermaine, they contacted [Junior M.A.F.I.A. manager Lance ‘Un’ Rivera]; Biggie wasn’t even involved in that,” she explains. “He put his self there. Like, he came because he just wanted to make sure I wasn’t gonna have any eyes for Usher, or Jermaine, you know. [Laughs] And everybody knows I get busy with the pen, but I loved when Big used to come and persuade some of my raps, ’cause he’s the freakin’ greatest; why wouldn’t I? Of course! But everybody knows…all my hit records, [‘All About The Benjamins’], ‘Get Money,’ ‘Crush On You’ — all me.

“Puffy can tell you; all these people can tell you,” she continues. “But the influence that he had on my raps and my music … it made me lazy sometimes if he was around. ‘Cause I know if I’m sittin’ there and I’m stuck I’m four bars, he’s gonna jump in. He always wanted me to stand on my own, so Hard Core was mainly me, and a couple of songs that he influenced. But when we were together, it always turned into a lover’s quarrel or a lover’s nest. Although I wanted him to be there to make sure my shit was tight, a lot of times it wasn’t the best thing. That day was one of the days when it probably wasn’t the best thing.”

As the topic came to a close, Kim confirmed that Biggie tried to seduce her cousin, Latisha “Lala” Crosby.

“That is a true story,” she said. “He tried to sleep with … there was a girl that was actually on my Countdown To Lockdown show. She’s like my family. And yeah, that story’s true. He said something to the effect of, ‘She asked me for $400. I told her, what’s she gonna do for that $400?’ I think that he was hiding the fact that he was trying to expose that he didn’t think she was my real friend, even as a family member.”

Despite the tumultuous relationship Kim had with Biggie, she ended the discussion on a positive note.

“Listen, a lot us are not proud about certain parts of our past and the way we might’ve handled situations,” she said. “Now, I’m going to tell you. B.I.G. is a Gemini. All I know is Geminis and I’ve learned how to really deal with Geminis … they’re good people, too, but when they turn into that other person, it’s so hard to identify who that other person is. Biggie was like that. He’d love you to death. I know he loved me to death.”