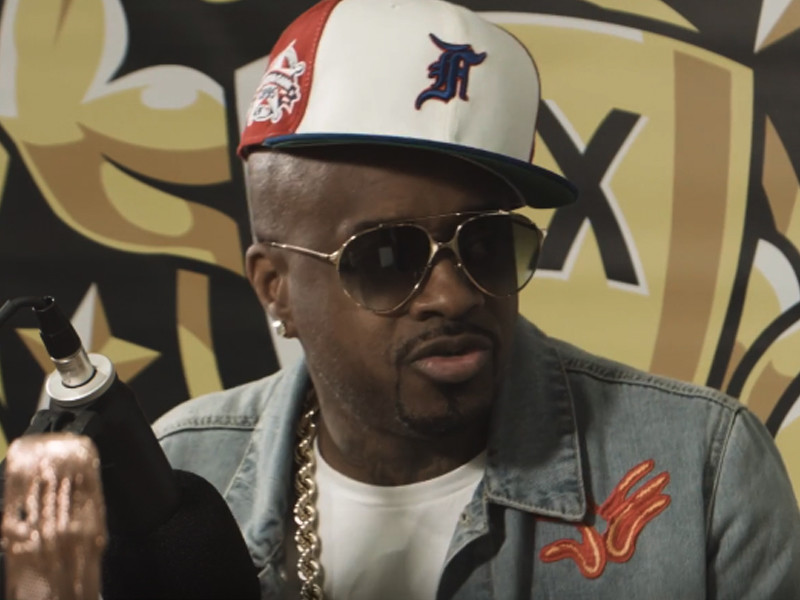 Iconic industry mogul Jermaine Dupri dropped by the Drink Champs studio to give DJ EFN and N.O.R.E. some fantastic stories, including one memorable experience in the studio with The Notorious B.I.G when he pulled a gun on Lil Kim.

This particular session was for the Usher’s song “Just Like Me” featuring Kim off of his My Way album. According to Dupri, Biggie had written the verse in question for Kim, but when she reached the studio, she wasn’t in the head space to get the verse recorded.

“I think he [Biggie] had fucked Kim’s sister,” Dupri notes. “This is in the music, though.”

Dupri is likely referring to the bars in Biggie’s final verse for “Friend Of Mine” off of his debut where he raps, “She’s saying I dissed her ’cause I’m fucking her sister/ a message to the fellas, that really gets them pissed.”

According to Dupri, Kim was upset when she got to the studio and Biggie couldn’t get her to rap.

“Biggie pulled the strap on her,” he said.

“No, to let her know he’d kill her,” Dupri replied.

Dupri didn’t describe what happened next, but the song was completed.

Biggie had a history of infidelity in his relationships. He cheated on his wife Faith Evans with Kim and rapper Charlie Baltimore. This story is definitely disturbing, but Kim has described being hit by Biggie in the past.

In a 2010 interview with Ed Lover on Power 105, she even described an incident where Biggie choked her until she passed out.

Throughout the over three-hour conversation, Dupri also revealed that his staff talked him out of signing Ludacris and how the late Lisa “Left Eye” Lopez helped him style Kriss Kross.