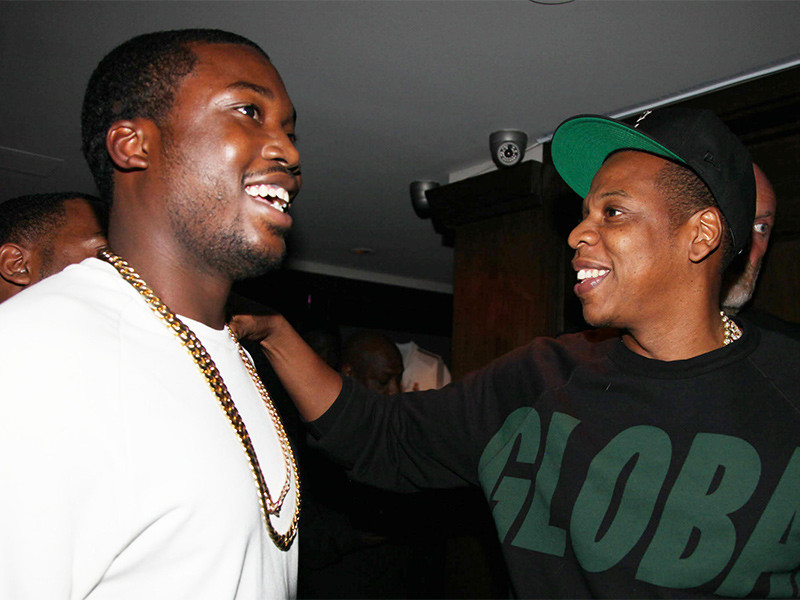 Dallas, TX – JAY-Z continues to support Meek Mill, following up his Facebook post decrying the stiff sentence for his Roc Nation artist with an onstage speech during a 4:44 tour stop in Dallas, Texas on Tuesday (November 7).

“I’ve gotta say something about a young man by the name of Meek Mill,” he told the American Airlines Center crowd. “He caught a charge when he was, like, 19. He’s 30 now, he’s been on probation 11 years. Fucking 11 years. Probation — 11 years. Judge [gave him] two to four years because he got arrested for being on a bike and popping a fucking wheelie.”

#JayZ spoke more on his friends #MeekMill sentence again tonight at his #444tour stop in Dallas also speaking to us black people saying "Black people in particular, we gotta get our shit together. You're not second-class to anybody" – Jay Z #FreeMeekMill #MeekMill #RocNation #FreeMeek

The song is about the challenges black people face living in a racist system and society.

Meek Mill was hit with two to four years of prison time after a Philadelphia judge deemed him to have violated his probation this week. The sentence led to many of Meek’s fellow artists in the Hip Hop community sending messages of support.

JAY-Z was one of the first artists to react, posting a message that called the sentence “unjust and heavy handed.”