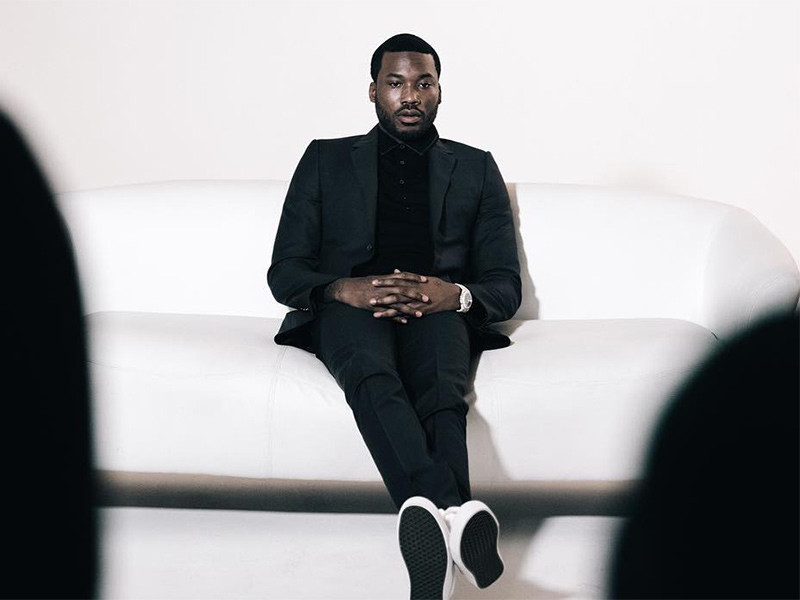 JAY-Z wasn’t the only rapper to show his support for Meek Mill this week after it was announced that a Philadelphia judge was sending the Wins & Losses rapper back to prison for two to four years for violating his probation.

Though many fans were quick to clown Meek for his bad fortune, plenty of rappers, athletes and other Hip Hop personalities sent messages of encouragement and solidarity via social media.

T.I. shared an old photo of himself and Meek with the caption, “Was wit u then & WE STILL WIT U NOW!!! This too shall pass. You got this!!! God places the heaviest loads on the strongest backs. We got real love for u out here KING.”

Other artists who spoke up included A Boogie Wit Da Hoodie, YG, Snoop Dogg and Nipsey Hussle, who wrote, “To be yung Blac and successful YOU ENEMY NUMBER 1.”

Was wit u then & WE STILL WIT U NOW!!! This too shall pass. You got this!!! God places the heaviest loads on the strongest backs. We got real love for u out here KING. ??

Tests are not for the faint at heart! . Every time an obstacle crosses his path, he fights his way through and comes out triumphant. I've watched him 1st hand fight this unjust system for close to a decade. But my dawg is a warrior! You know the family is already holding you down during this time of test. Here’s to the future! It will be BRIGHT! #doubleMDreamchasers

#StayStrong #meekmill !! We will continue to rep the movement until the day you return because we know your return will be MONSTROUS #MMG pic.twitter.com/vsQTJNZrcz

Damn they did meek mill green as fuck

To be yung Blac and successful YOU ENEMY NUMBER 1. HOLD YO HEAD @MeekMill streets chose u???

That system don’t love nobody #freeMEEK

Bro 2-4 for Meek… That's bullshit fr. They got it out for that man and ain't gon stop tryna make an example outta blood.

It’s crazy when you wanna do right but right don’t wanna do right. Meek a fighter so he gonna get through this. pic.twitter.com/UYBjd50YMz

Sad to hear about meek

Saddened, angered, and disappointed by the @MeekMill news …. really sad

That Philly Judge had it out for Meek..

the system is rigged man. the fact he was on probation for 10yrs over sum paper wk is a set up! shit makes me so sad. prayin 4 u @MeekMill

I’ve been in Genece Brinkley’s courtroom during one of Meek’s hearings. She’s something else. Free Meek

Just saw that the presecutor didn’t want jail time for @MeekMill and the judge insisted? Let that man ride his bike in peace

Praying for @meekmill and his family!!! Crazy how bad the system is SMH