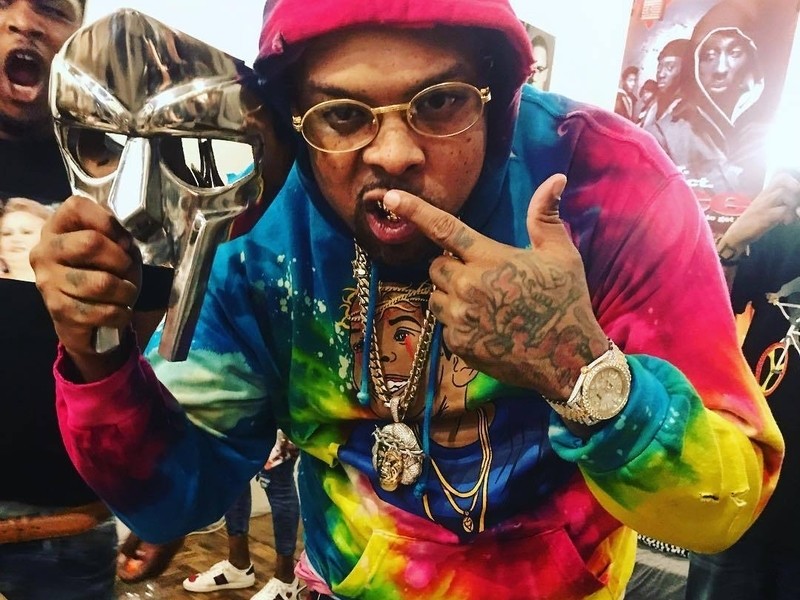 Atlanta, GA – DOOM fans were recently given an unexpected collaboration between the Supervillain and Westside Gunn titled “Gorilla Monsoon” on the same day (September 27) that DOOM’s Missing Notebook Rhymes were scrapped from Adult Swim’s website. Oddly enough, the surprise team-up apparently all started at a gas station.

After a headlining the Raise The Bar showcase at the 2017 A3C Festival in Atlanta, Westside and Conway The Machine spoke to HipHopDX about how the WestsideDOOM collaboration came to fruition.

“We seen him pumping gas at QT (QuikTrip), and we were just like ‘Yo, let’s do a song together,’ and nahmean, that was it,” Westside revealed.

When asked about the chance encounter of linking up with the mysterious character, the Flygod explained how their mutual exclusivity in Hip Hop helps maintain star power among their rap peers and fans.

“That’s what we’re saying when we talk about the culture, like who’s doing shit with DOOM?” the Shady Records artist said. “And I don’t even do features.”

“That’s how my brother do his thing, like, who doing shit with Westside Gunn right now?” he said. “It’s a mystery, it’s a myth. Like, if you doing shit with Westside Gunn, you ahead of the curve, ahead of the pack right now. For me, for him and DOOM to do that … These are two of the hardest niggas to get in touch with, talk with or whatever. You know what I mean? That was dope.”

When asked about the timing of DOOM’s Missing Notebook Rhymes cancellation being on the release date of “Gorilla Monsoon,” Westside maintained he’s aloof and attributes the scenario to mere coincidence.

“I don’t know nothing about that,” he told DX. “And the thing was is that it wasn’t even planned that way. It really just happened like that organically. It was like, okay, the song drop happened that day and I got news that morning, like wow. A lot of people was talking and they added that into the mix so that just helped it kinda even a little more. So, it is what it is, but we got more coming soon. I’m talking not real soon, but very soon.”

Since WestsideDOOM’s debut, rumors have swirled among fans about a possible joint album. Earlier this month, the duo released their follow-up single, “2 Things,” produced by Alchemist.

While fans wait on more music with DOOM, Westside is focused on the fifth edition of his Hitler Wears Hermes mixtape series. He and Conway are currently on the Key To Life Tour with The LOX and Statik Selektah.