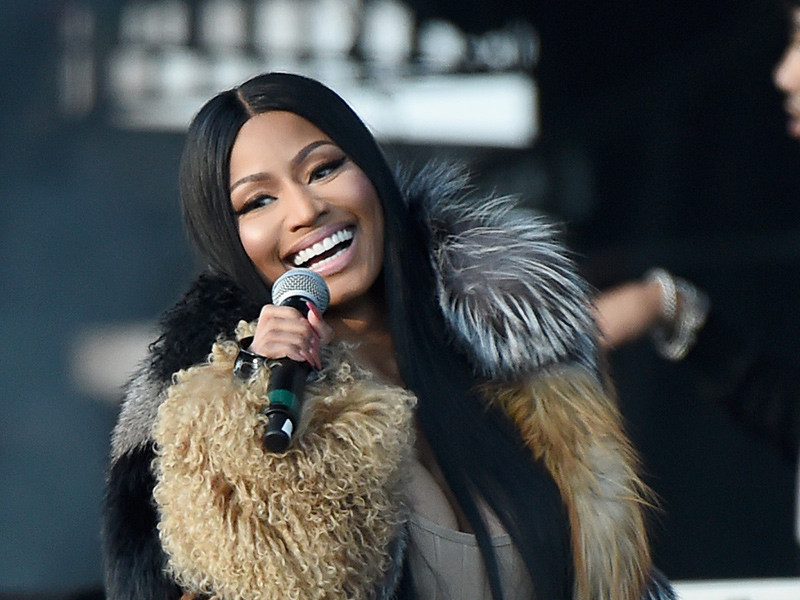 Nicki Minaj's New Album Is About Being "Truly, Genuinely Happy"

Nicki Minaj’s name has been ringing in 2017. Even without releasing a new album yet, the Queens rap empress broke Aretha Franklin’s record for female with the most entries on the Billboard Hot 100.

As if that weren’t enough, the 34-year-old is gearing up to drop her long-anticipated follow-up to 2014’s The Pinkprint. The hype around Minaj is to the point that even The New York Times’ T Magazine wanted to get her take on what the record is about.

“I know what this album is gonna mean to my fans. This album is everything in my life coming full circle and me being truly, genuinely happy. It feels almost like a celebration,” she said. “The last album, The Pinkprint, was almost like my diary, closing the chapter on certain things and not knowing if I was happy or sad about beginning new chapters.”

“I was really writing about feeling unsure. Now, I can tell you guys what happened for the last two years of my life. I know who I am. I am getting Nicki Minaj figured out with this album and I’m loving her.”

Of course, Nicki Minaj has had some high visibility clashes this year. Her long-term relationship with Meek Mill disintegrated in public, and she took shots from (and at) fellow rapper Remy Ma. Was there ever a chance she’d back down? Hell no, she says, claiming she has an “ability to withstand what would break the normal girl.”

Minaj stayed tight lipped on the album’s title but promised that it would be “super, super iconic.” We also don’t have a release date, so until it does drop you’ll have to settle with some of her many features from 2017 or check out the full T Magazine interview here.