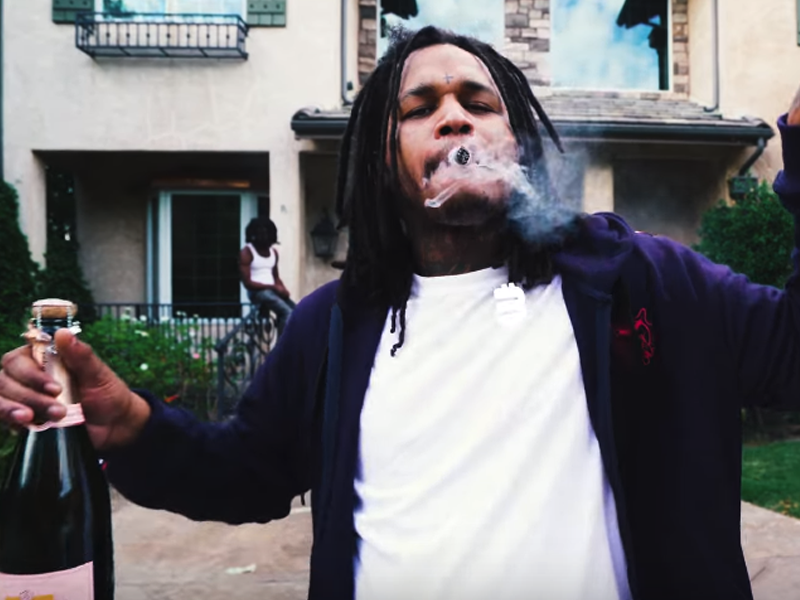 According to a series of tweets, Chicago drill rapper Fredo Santana is considering rehab following a recent bout with severe health issues. Last Thursday (October 12), the 27-year-old was rushed to the hospital after suffering a seizure due to acute kidney and liver failure.

Santana, who has been open about his use of lean over the years, said he was considering going to rehab following the health scare.

I'm getting help I might just go to rehab

This isn’t the first time Santana has required medical intervention this year. Back on March 23, he shared an image of himself in a hospital following a seizure on Instagram.

“When u working hard no sleep u get sleep deprived an have a light seizure,” he wrote. It’s unclear whether lean was a factor in this particular seizure.

When u working hard no sleep u get sleep deprived an have a light seizure ?

Santana has made it clear he has used lean to ease a great deal of trauma, as noted in his tweets and in response to rapper Russ, who recently sported a shirt suggesting that those who use and abuse Hip Hop’s current drugs of choice are “fucking losers.”

Until I can stop thinking bout my dead homies an the trauma that I been thru in my life that's when I'll stop ? https://t.co/DEPi82FvNL

This seems to be yet another example of an awakening that appears to be happening in Hip Hop, with more and more artists speaking out against the current drugs flowing through the culture.

As one fan pointed out, Santana’s revelation is similar to the one Gucci Mane shared with fans back in 2014. Meek Mill also recently spoke out, noting that lean and drugs were at least a factor in his beef against Drake.

Gucci said this back in 14' he was absolutely right pic.twitter.com/v90bruYSeg

Prayers up for young Fredo!