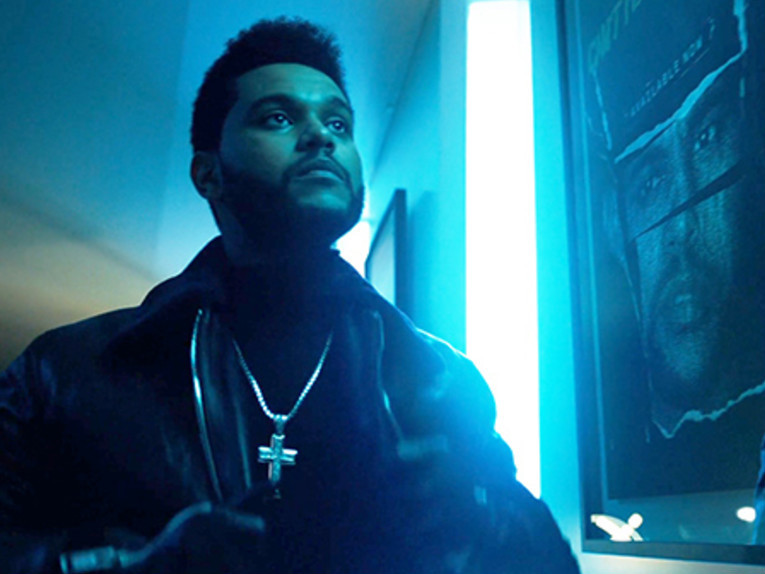 The Weeknd made an appearance at New York Comic-Con on Saturday (October 7) for the unveiling of Starboy, his comic book collaboration with industry giant Marvel.

The Canadian R&B singer gave fans a sneak peek at the cover art on Twitter last week, but dropped the whole cover at New York’s Javits Center over the weekend.

Evidently it’s an idea that’s been brewing for a while. In a 2016 interview, The Weeknd told Zane Lowe of Beats 1 Radio it was part of his plans to further explore the Starboy character.

“Starboy is the next chapter in this chronicle, this saga,” the Canadian singer said. “I guess this is the fourth chapter. He’s a character that we created. It’s so funny, we want to create a comic out of him as well.”

The comic book title obviously comes from The Weeknd song and album of the same name, but The Weeknd explained to Lowe that Starboy is more than just an abstract concept.

“He’s a cool, dope character that makes appearances a lot on the album,” he said. “He’s definitely made his appearance in different records in the past as well. He’s a more braggadocious character that we all have inside of us.”

On stage with fellow Canadian @theweeknd as he promotes his new STARBOY comic from @Marvel pic.twitter.com/PC18KZ5wm9

No release date for the comic book has been set as of now, but judging from the cover art above, it won’t be released any time this year. Volume I Issue 1 is clearly labelled 2018.