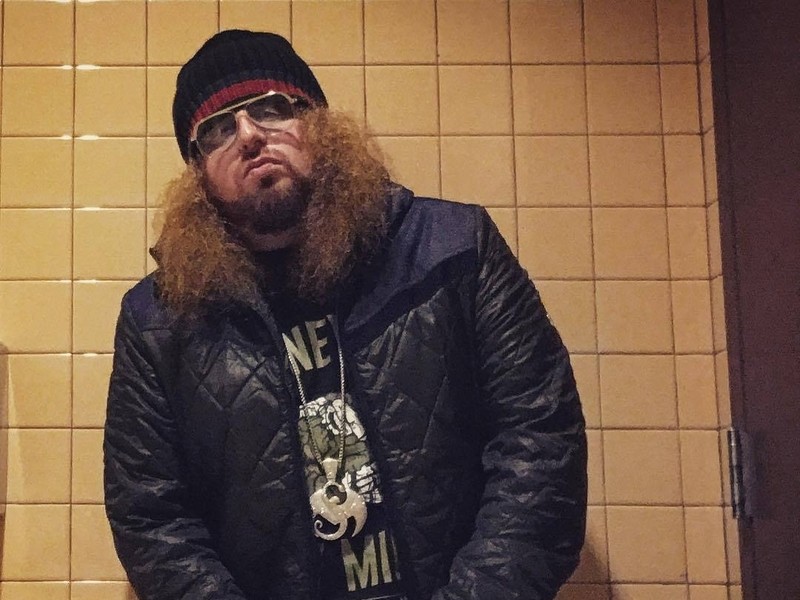 DX Live – As 2Pac said on “I Ain’t Mad At Cha,” change is good. After four albums — The Life and Times of Johnny Valiant, Next To Nothing, Top Of The Line and the recently released Last Call — Rittz has confirmed he’s leaving Strange Music.

Rittz stopped by the HipHopDX offices in Hollywood, California to chop it up with Trent Clark, Kiki Ayres and Jake Rohn about the new album, his time with Strange Music and moving on from Travis O’Guin and Tech N9ne’s independent juggernaut.

Anytime an artist leaves a label, people are quick to assume there’s some type of turmoil between the two parties. But according to Rittz, the move is strictly about his own evolution as an artist.

As word of his impending departure spread, Rittz’s fan base anxiously awaited the rapper’s next move. While he did tease the possibility of starting his own label, the “Inside The Groove” MC explained that him, Travis and Tech still plan to do business in the future.

“I’ve been getting a lot of comments from everybody like, ‘What are you gonna do next?’” Rittz said. “Everybody speculates different kind of things, where you’re headed to or is there an issue [with Strange]. It’s no issues, it’s business. Right now, I still do have obligations to be with Strange but my contract is over and I will be leaving Strange. But we will be doing business together. Travis put some opportunities on the table that may work out, may not. We also deal with them with merchandising. And besides that, it’s like family to me.”

FROM THE MAN HIMSELF!!! @THEREALTECHN9NE CHECK OUT MY NEW ALBUM ON @SPOTIFY 21 SONGS!!!! SALUTE TECH! #STRANGEMUSIC #Repost @therealtechn9ne with @repostapp ・・・ Go do that! @rittz #LASTCALL now on @spotify!

As for his swan song, Last Call, the Atlanta-based rhymer wanted to make sure he went out with a bang.

“First of all, with it being the last Strange album, I wanted to go in and give ‘em my all,” he explained. “I didn’t wanna slack at all. Also, I wanted to do this really creatively ‘cause I know what it’s been like in the past to get a single, try to work it. You get let down and you try to put somebody on the record and I’m like, ‘You know what? I’m just gonna do it myself and get it done and get it out there. It’s been a great run at Strange, and I’m still here repping Strange. It’s still going down, but this is last call. This is it.”

Check out #DXLive every Thursday 3-5 p.m. PST. Rittz’s Last Call is available through digital outlets and in stores now.