Rittz - Top Of The Line Review 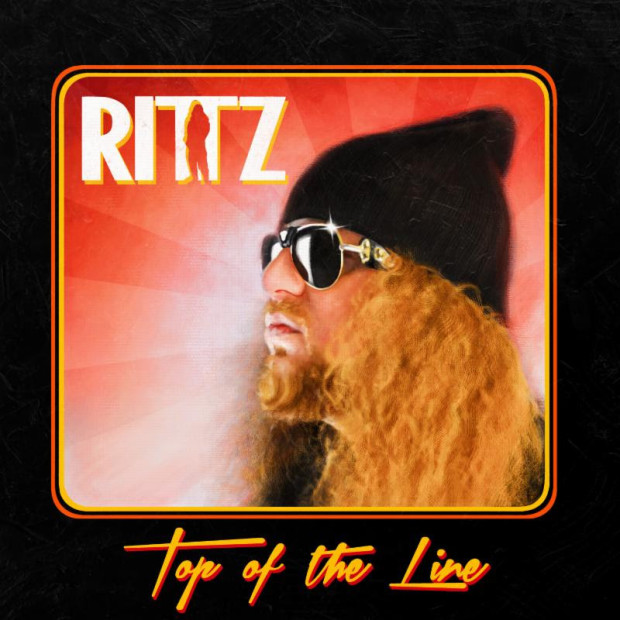 “When it comes to self expression, I’m a specialist,” Rittz confidently raps on Top of the Line single “MVP.” The lyrics are the truth. The north Atlanta-bred Strange Music signee’s calling cards his inhuman double-time flow and an instantly recognizable cloud of frizzy red hair around his head, a big reason for his organic following is his willingness to put himself out there with his music: drugs, race, and personal experiences are all on the table when it comes to Rittz. He continues the vulnerability on his third studio full-length outing, making another worthy addition to his steadily-building catalog.

At his best, Rittz is able to add subtle nuance to his rapid-fire rhymes and also sing, showing his feelings in different ways. For much of Top of the Line, he uses his varied skill set to chronicle a romantic relationship, and how drugs and a hectic touring schedule weigh it down. His vulnerability is palpable, especially on highlights “Back To Yesterday” and “Just Say No.” On the former, he recounts catching his girlfriend cheating and spits vulnerable rhymes about missing the relationship, and sings a tender chorus that would sound just as natural on a country or soft rock record. On the latter, he narrates a tour of cocaine and Xanax binges that resulted in an emergency room visit, using a matter-of-fact tone while asking his girlfriend on video chat to closely watch him during his doses in case he stops breathing. The emotion ventures outside of his relationship too. “Until We Meet Again” begins as a stereotypical state of affairs song about school shootings and societal ills; but when Rittz takes on police brutality and racial discrimination in the second verse, his anger rises with each line as he recognizes the lives lost and terrorized.

While the roller coaster of Rittz’s life is a big theme of the album, there’s still plenty of shit-talking, grain-gripping and drink sipping. “Pull Up” and “MVP” both fit the bill, with their thumping bass and street warrior ethos. A trio of star collabs feel manufactured in terms of their topic matter, but they’re good and natural enough to not complain about them. Rittz teams up with Mike Posner and E-40 for the smooth, pimpish “Inside The Groove,” and calls on MJG and Devin the Dude to floss their whips and southern heritage with “Propane.” Strange Music fam Tech N9ne and Krizz Kaliko come through for the punchline-fest “The Formula.” The songs help round out the album, but they feel more focused on making the album well-rounded instead of telling Rittz’s story.

In the low points of Top of the Line, Rittz’s machine gun rhymes mask the depth of what he’s actually saying – whether that depth is in emotion or wit. “My Window” describes him contemplating suicide, worries about his personal health and his lover’s health while he’s on tour, and pleads to God for mercy for a friend who may be facing prison time – weighty topics, but his fast rapping feels like he’s rushing through those feelings instead of exposing them. And while the flow is on great display on “Ghost Story,” it’s occasionally tough to make out what he’s saying. Bearable for many rappers, but not for artists like Rittz who have such a premium on lyrics.The album could also cut “Day of the Dead,” which sees Rittz taking on Internet haters (never feed the trolls, Rittz, especially at the cost of studio time). The hour-long, 21-track play length will impress or distract depending on the listener, but to his credit, most of the songs are substantive and the redundancy is fairly minimal.

Top of the Line has a lot of lines where Rittz laments about what he believes is a dismal state of affairs in rap. “All these artists talk like they the hottest, and y’all let ‘em get away with murder/they just rhyming words together, ain’t no substance to their monologue,” Rittz complains on “Ghost Story.” To his credit, his latest album embodies the change he wants to see.