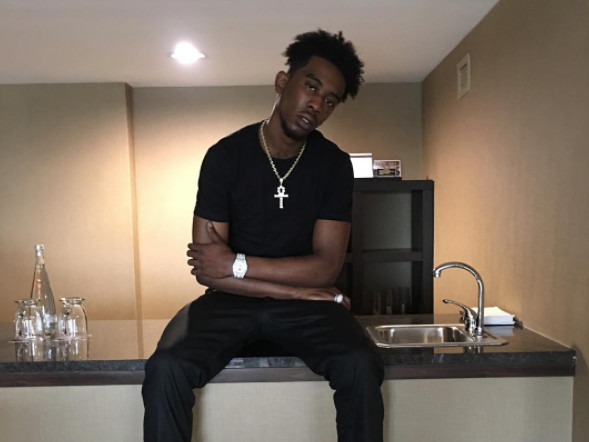 Fans are still waiting for Desiigner to drop his debut album The Life Of Desiigner — a record that doesn’t even have a release date yet — but it seems like the 20-year-old “Panda” rapper is already thinking about life after The Life Of Desiigner, announcing on Twitter that he has plans for a new mixtape.

The project would be called New English 2, a follow-up to the 2016 mixtape that featured the Brooklyn rapper’s megahit “Panda.” He’s has been talking about plans for his first full-length release for over a year now.

Desiigner revealed the plan and said that the mixtape would be “coming soon” when a fan referred to the original New English tape as “slept on.”

Desiigner quickly followed up this tweet with a clarification that while New English 2 is in the pipeline, it won’t be taking precedence over The Life Of Desiigner, writing, “After LOD Album I’m Dropping New English 2” and then dropping five fire emojis for good measure.

The announcement didn’t put his fans in the most patient of moods.

NIGGA INSTEAD OF TALKIN ABOUT THE NEXT DROP THE NOW

DROP the tracklist for LOD